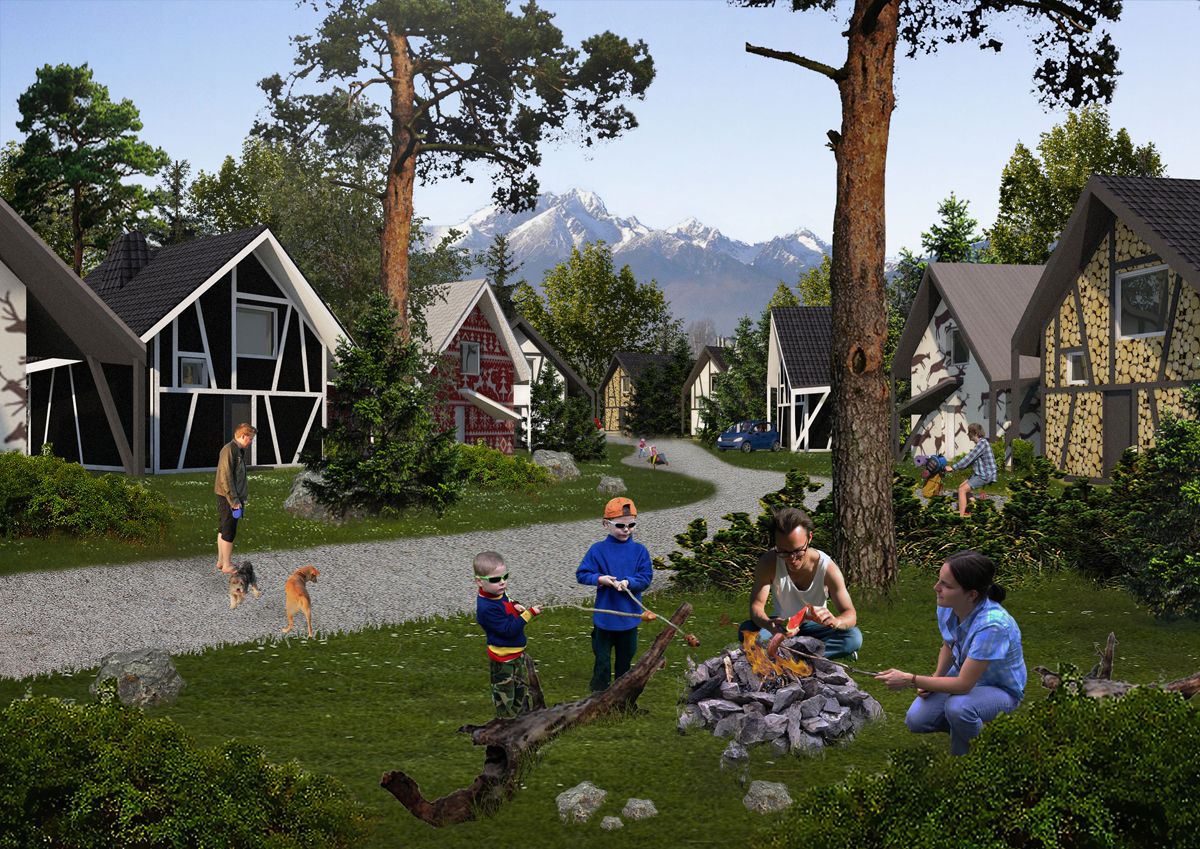 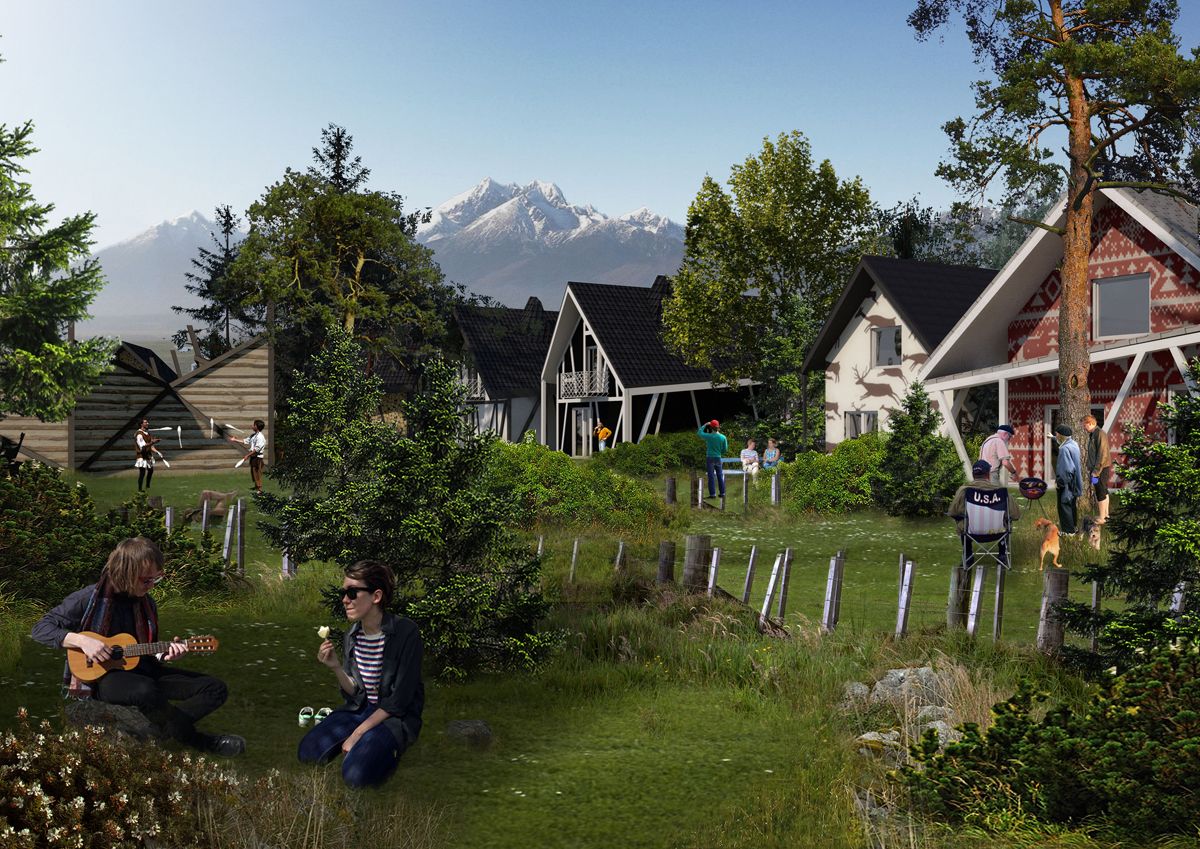 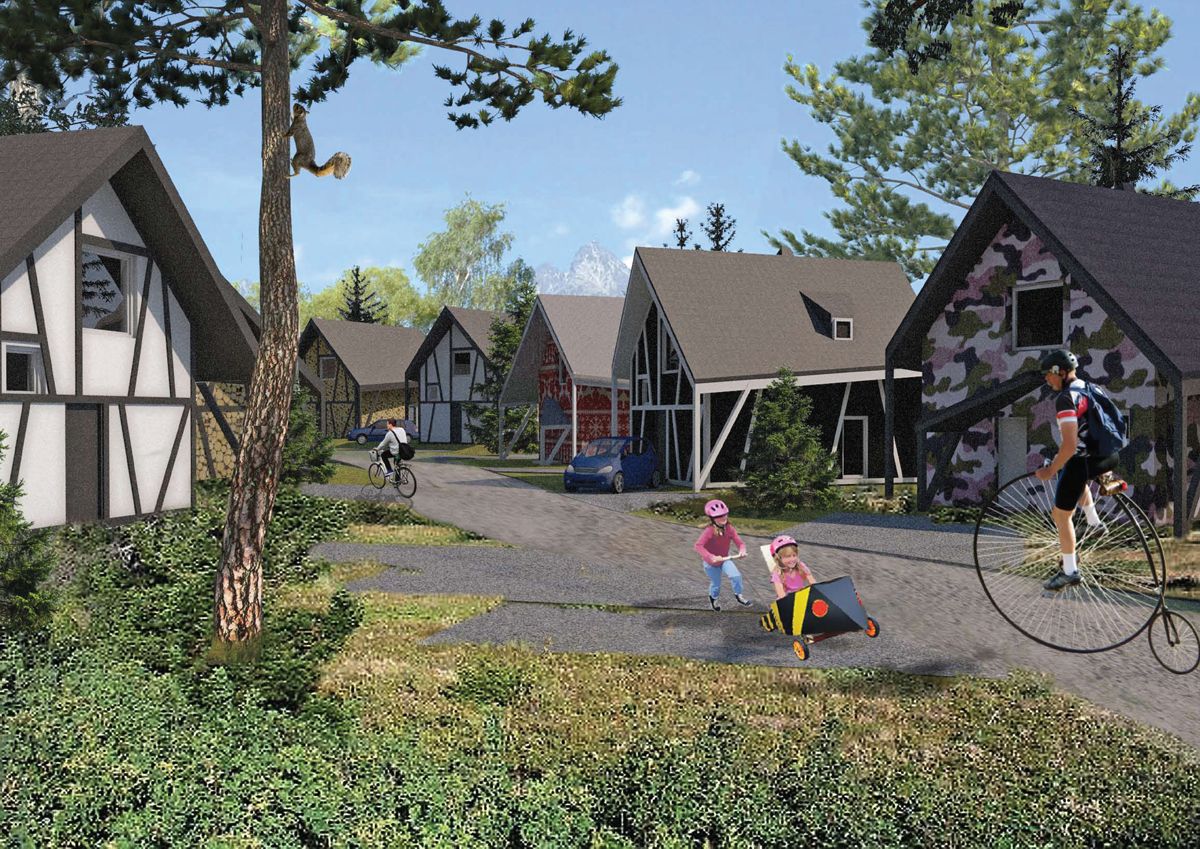 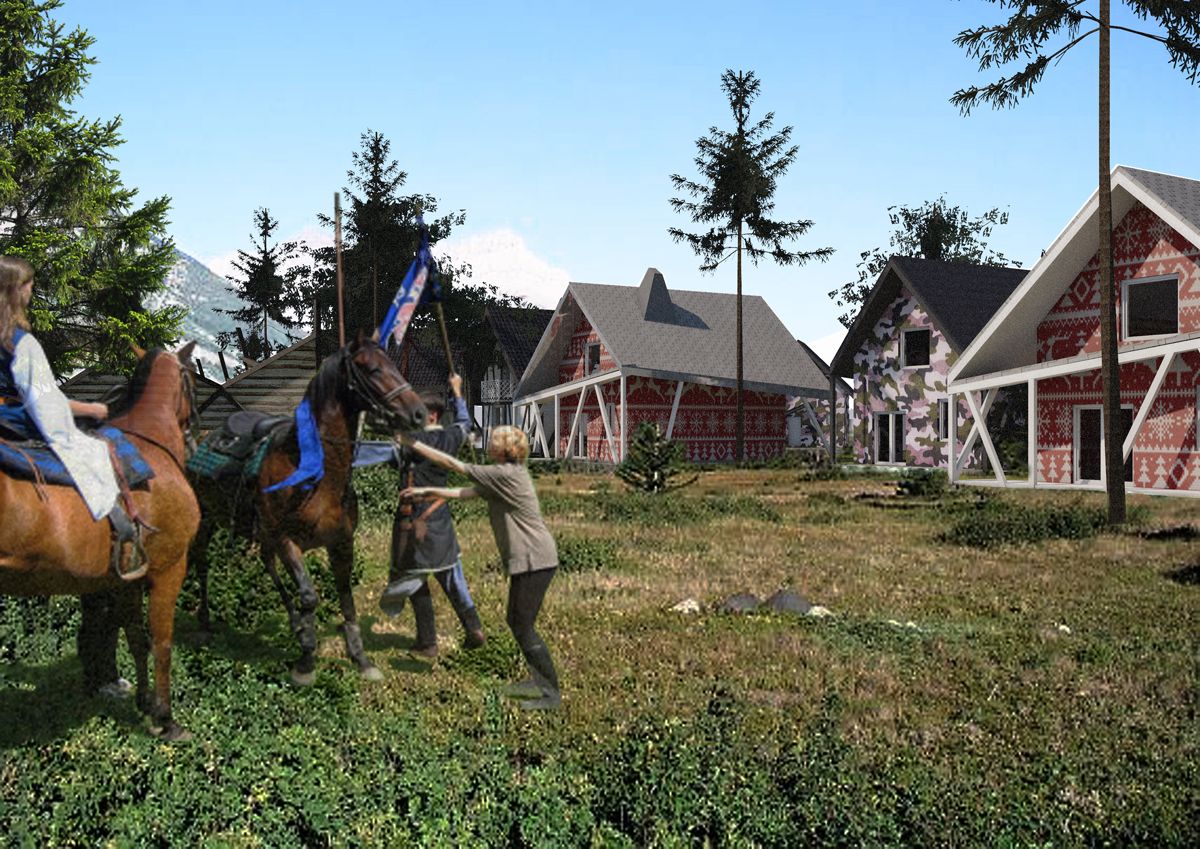 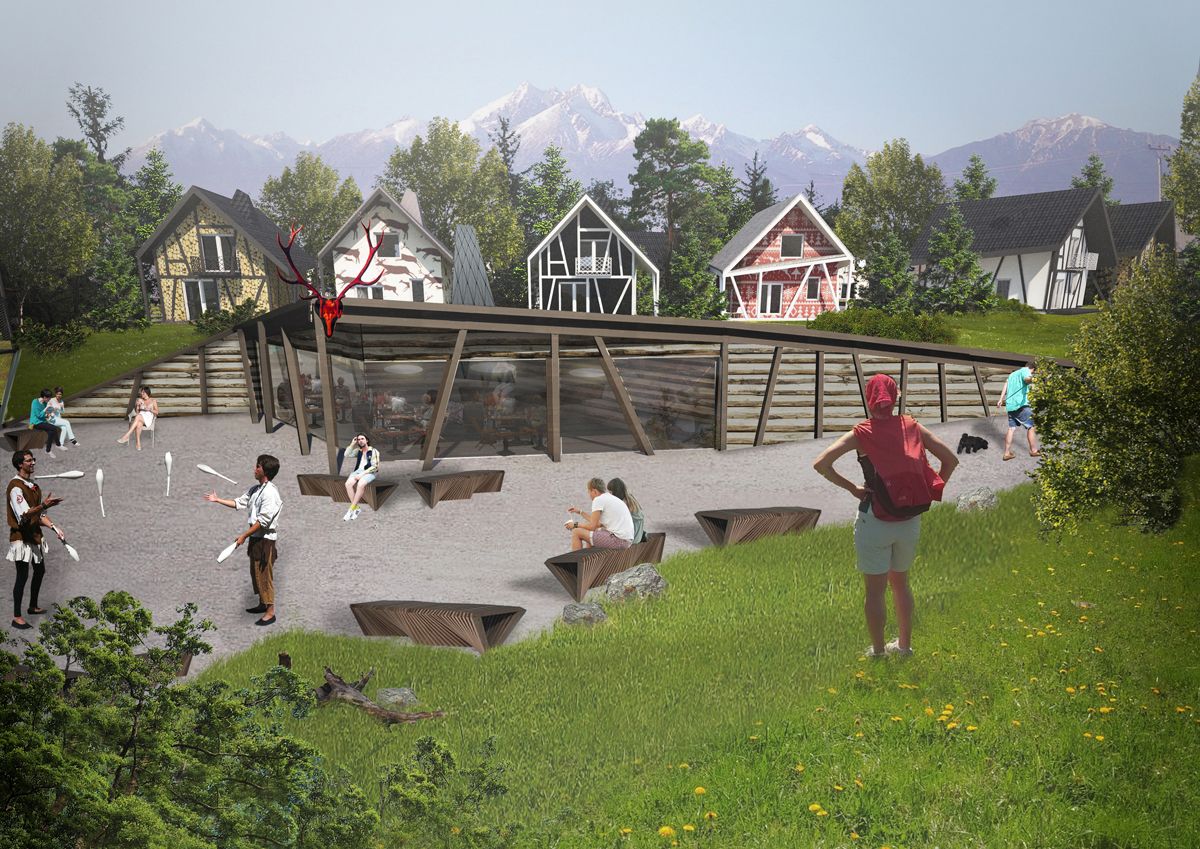 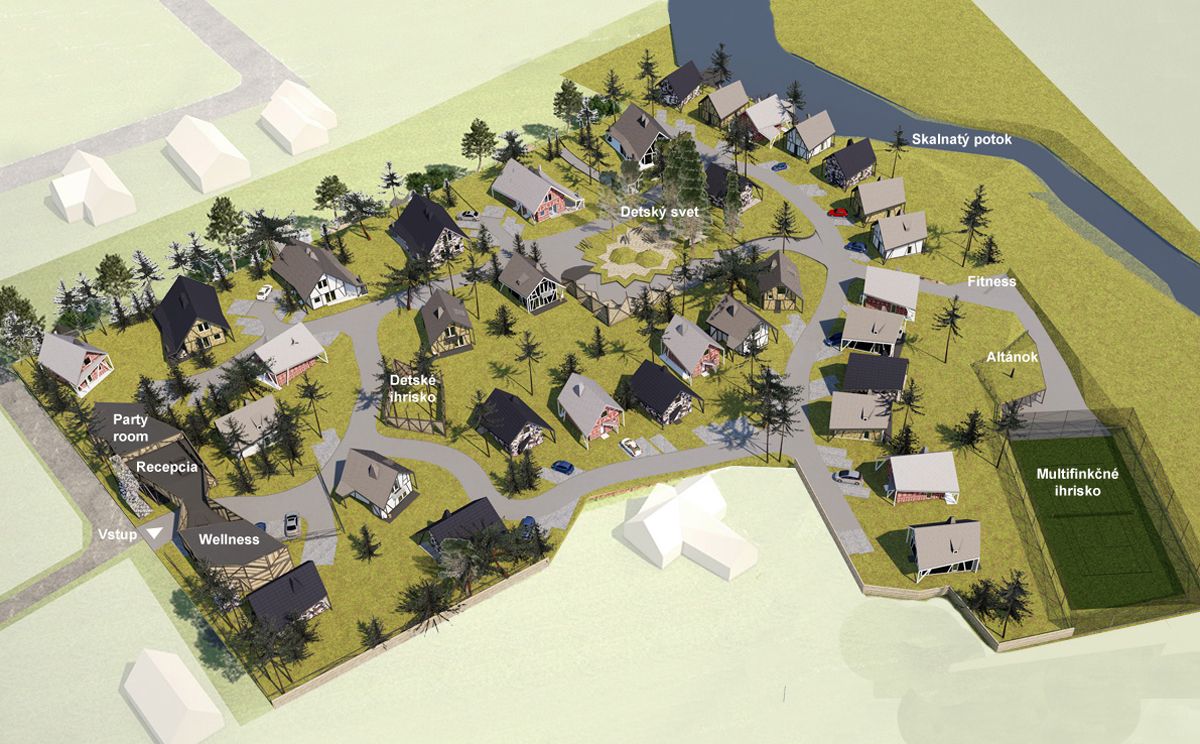 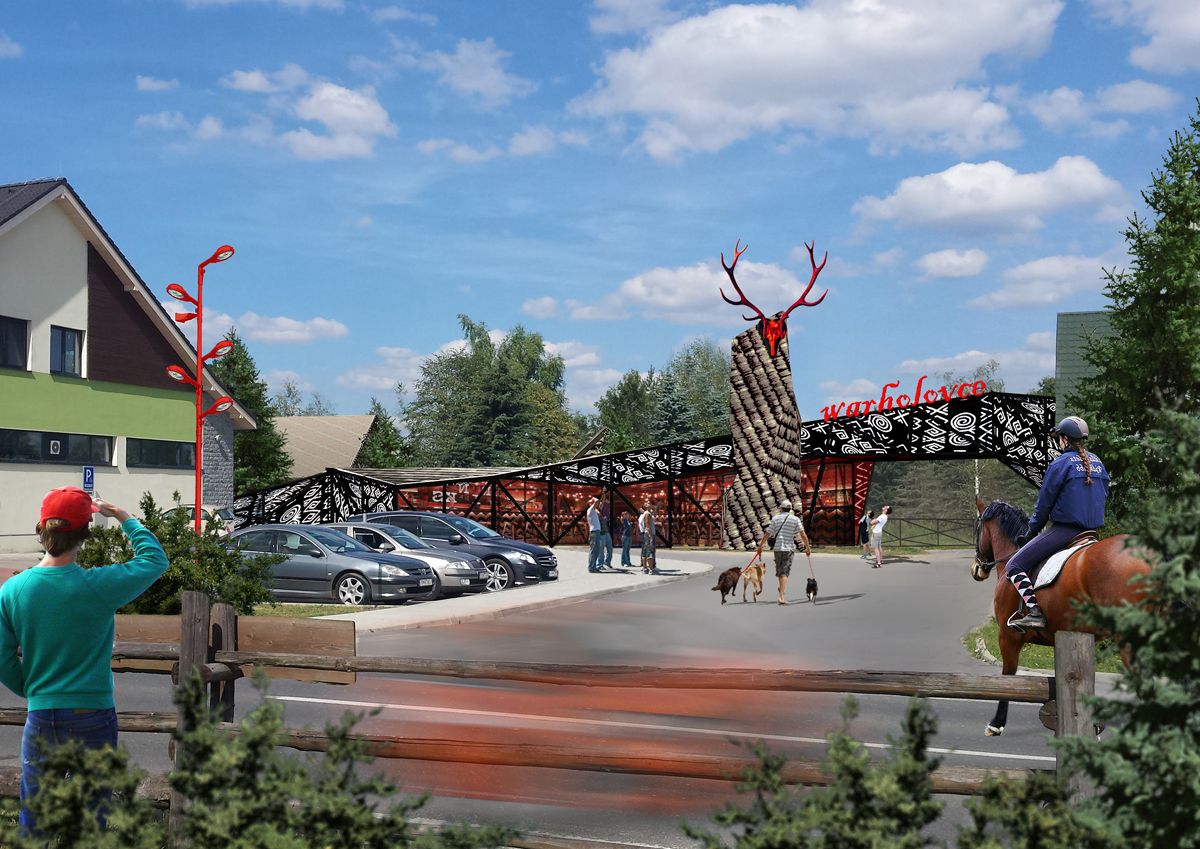 The cottage recreation complex in Veľká Lomnica shifts the classic form of a house with a gable roof to the present level, in particular through the solution of façades as “folk graffiti”, which are sprayed with mountain themes combined with an expressively composed façade with a dynamically shaped roof overhanging and a catalogue program of accessories. The shift of the mainstream program into a pop arrangement was given the telling brand name Warholovce.

Layouts, sizes, façades, and the additional program are variable according to the needs of clients and they are placed into the natural terrain of mainly original trees and shrubs, with minimal adjustment in the form of a forest gravel road. The land plots are open, separated only by a short rope and pole fence, so they seem rather scattered in clearings and surrounded by the forest. In this spirit, there is also fencing with an entrance building, children’s playgrounds, a local gazebo, and a sports field.