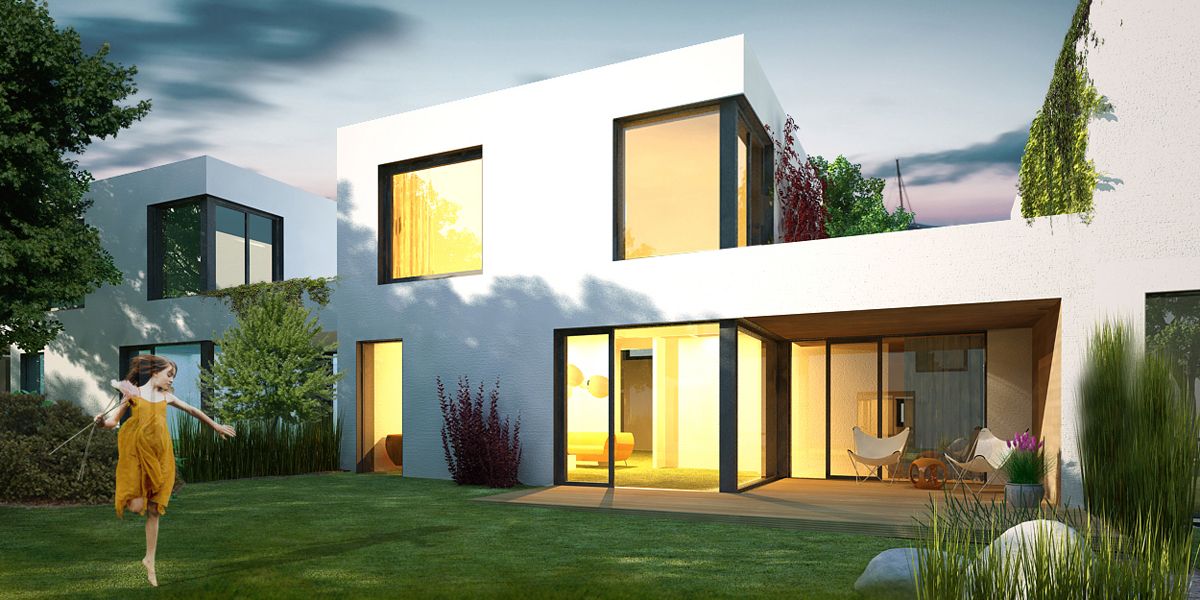 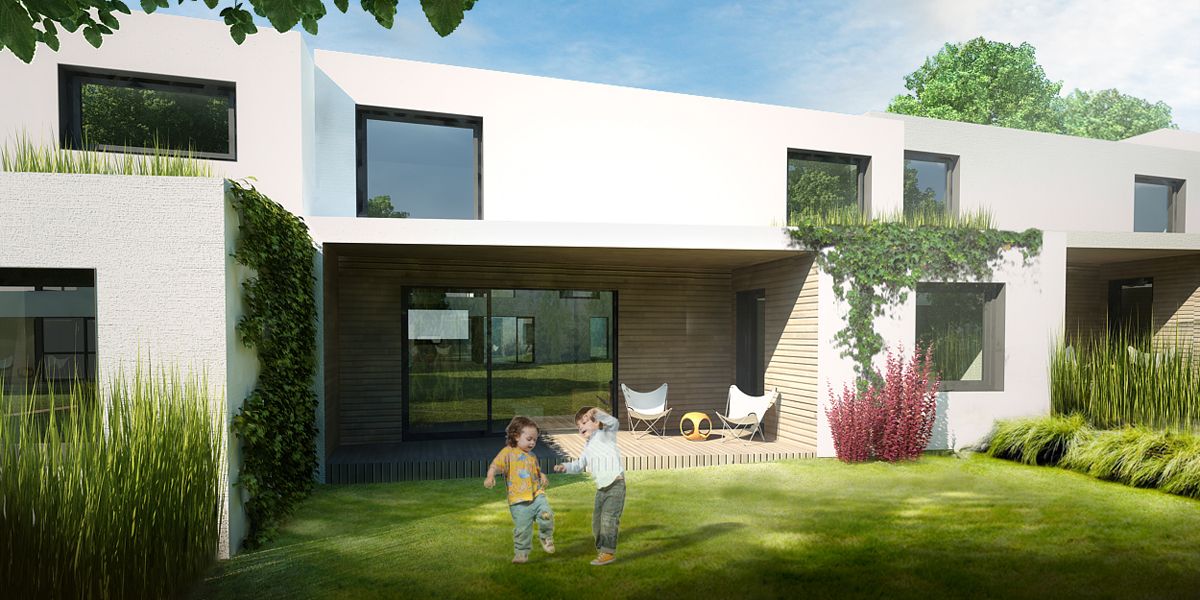 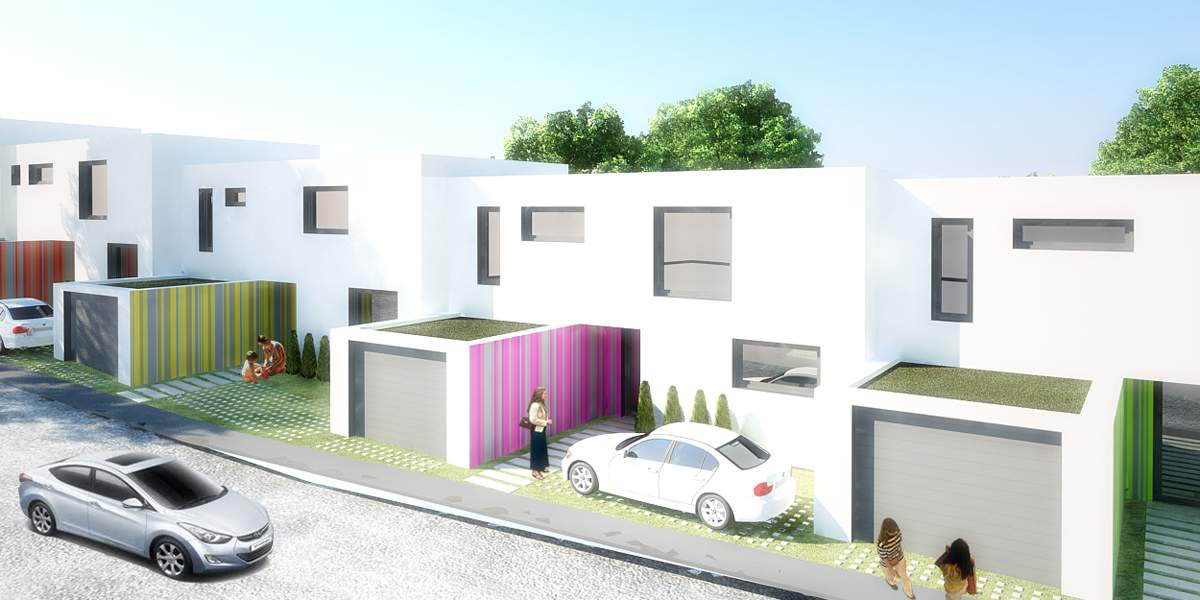 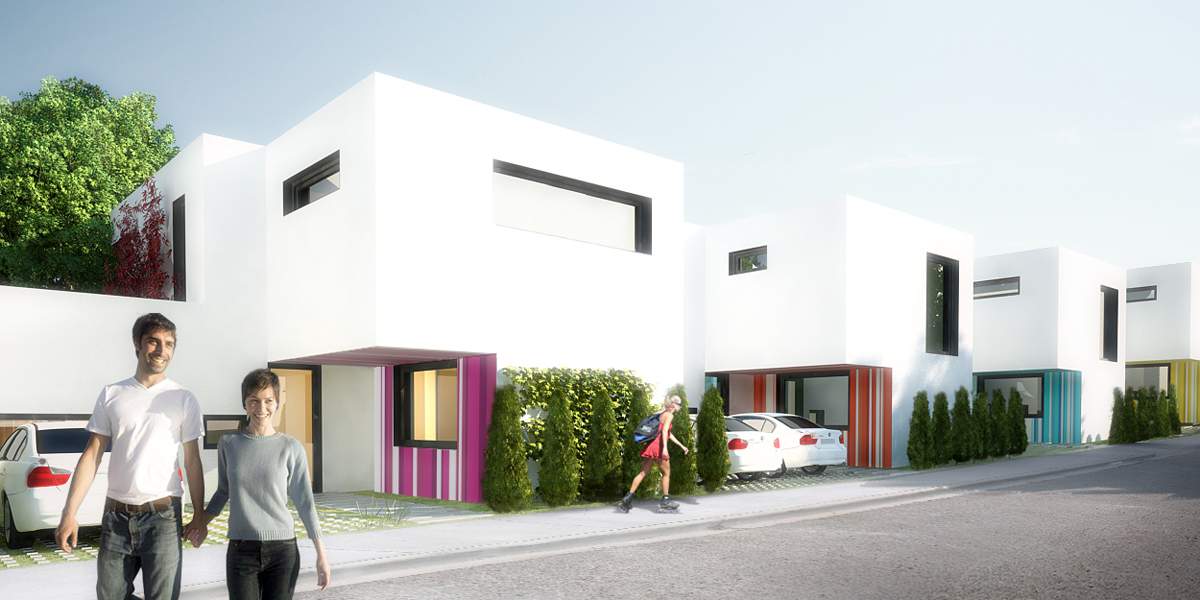 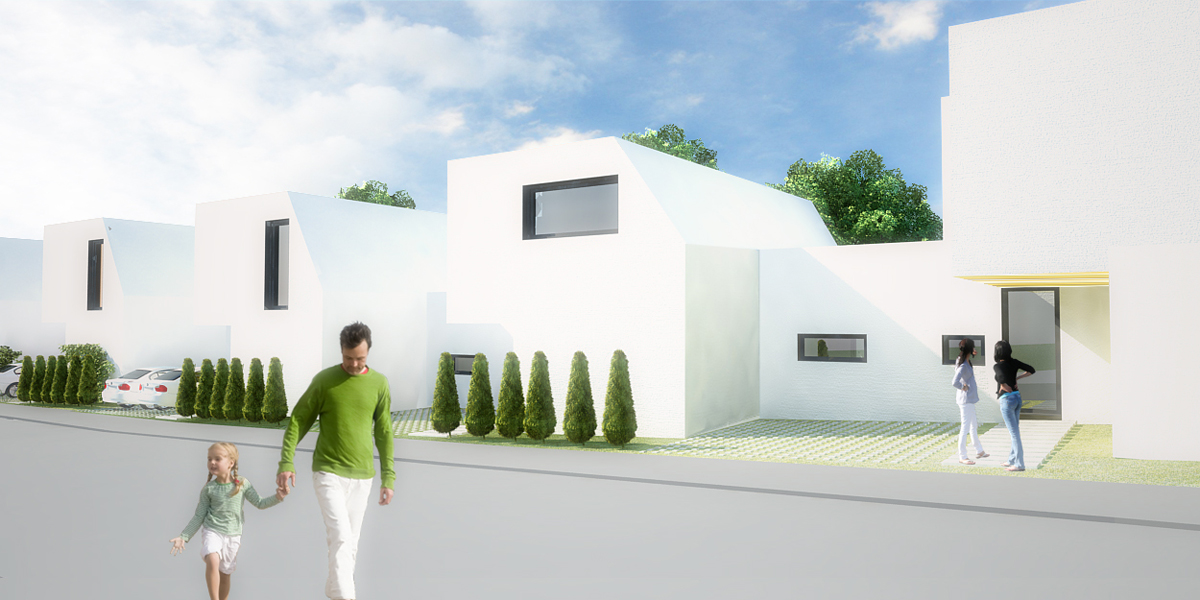 The concept of individualized terraced housing is based on the repetition of the basic layout formula with variations. They react to local deviations such as a junction, turn, entry into the zone, and orientation of the cardinal directions, which affect each section of the rhythmically segmented land plots in a different manner.

The differences are reflected in locations for parking spots, garages, terraces and pergolas and are supported by the colour of individually selected accents on the basic white. The benefit of such individualization is, in addition to the possibility of selection according to the client’s personal preferences, also the more sensitive placement of the structure into its surroundings, because it eliminates the strong contrast of the monotonous repetition of terraced housing and the usually non-homogeneous environment. At the same time, the differences create irregularities in a programmed way, which will cover the potential individual construction interventions in the future.

GERULATA MUSEUM – NEW AREA SOLUTION
WAREHOUSE NO. 7 ON PRIBINOVÁ STREET AND THE PIER