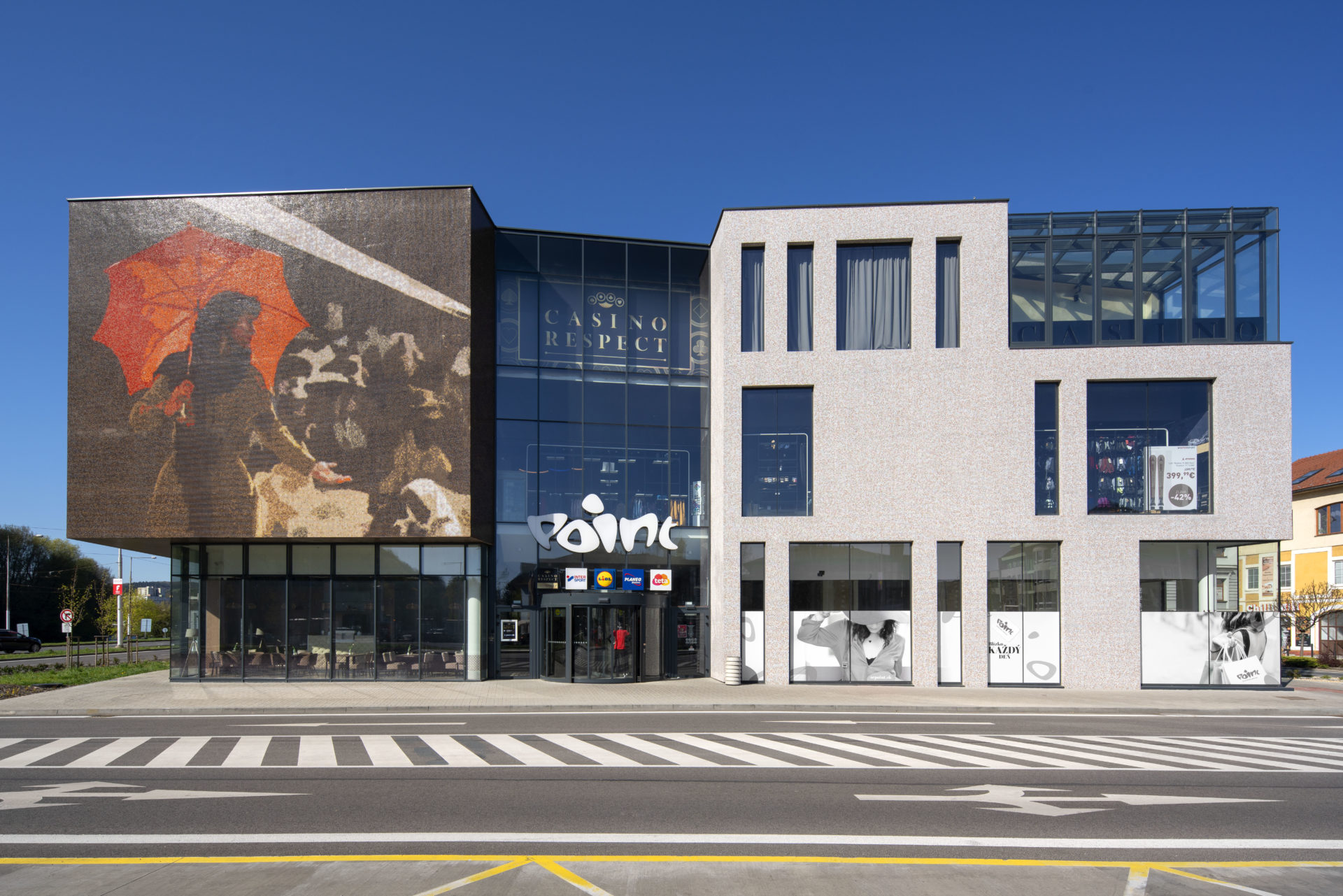 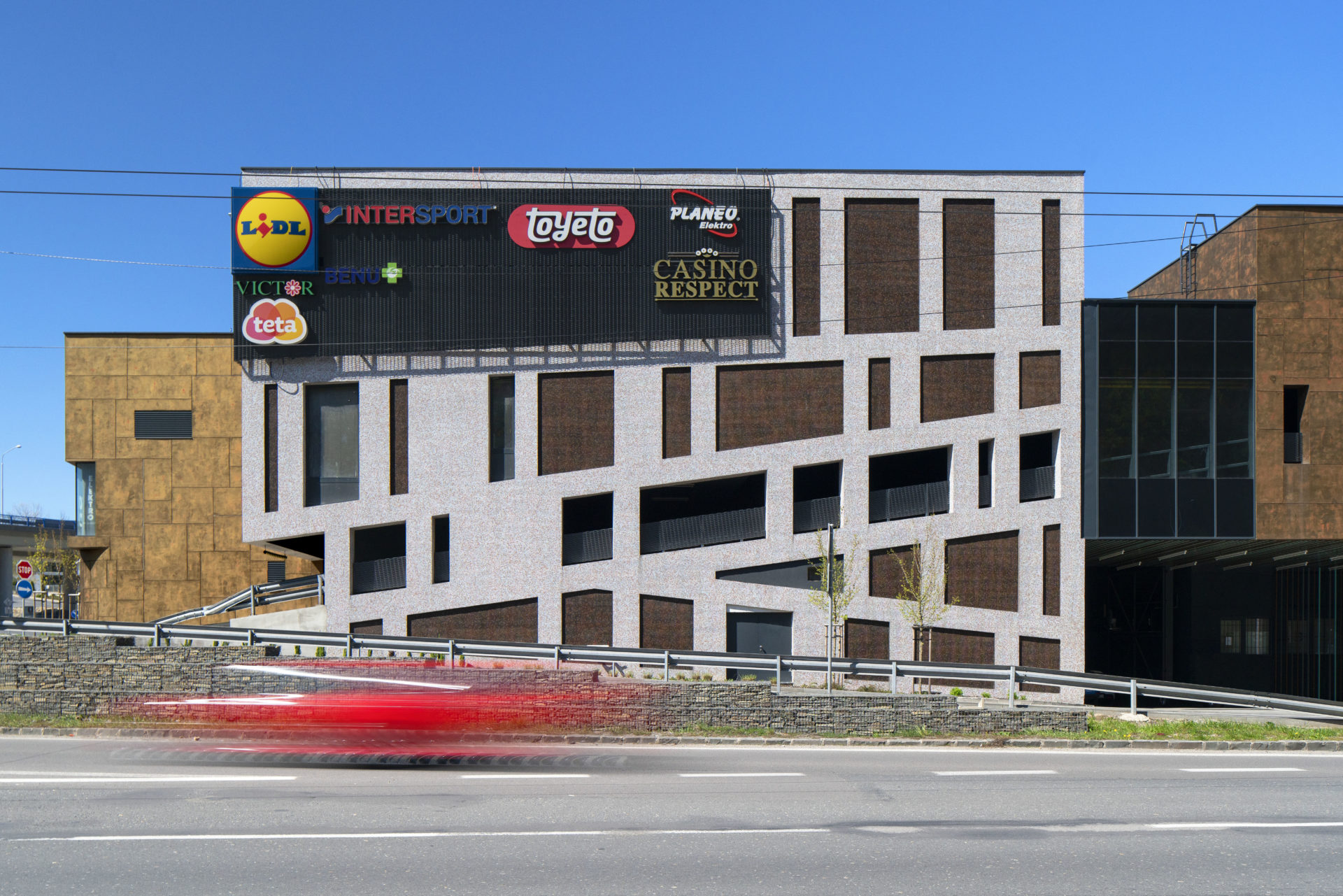 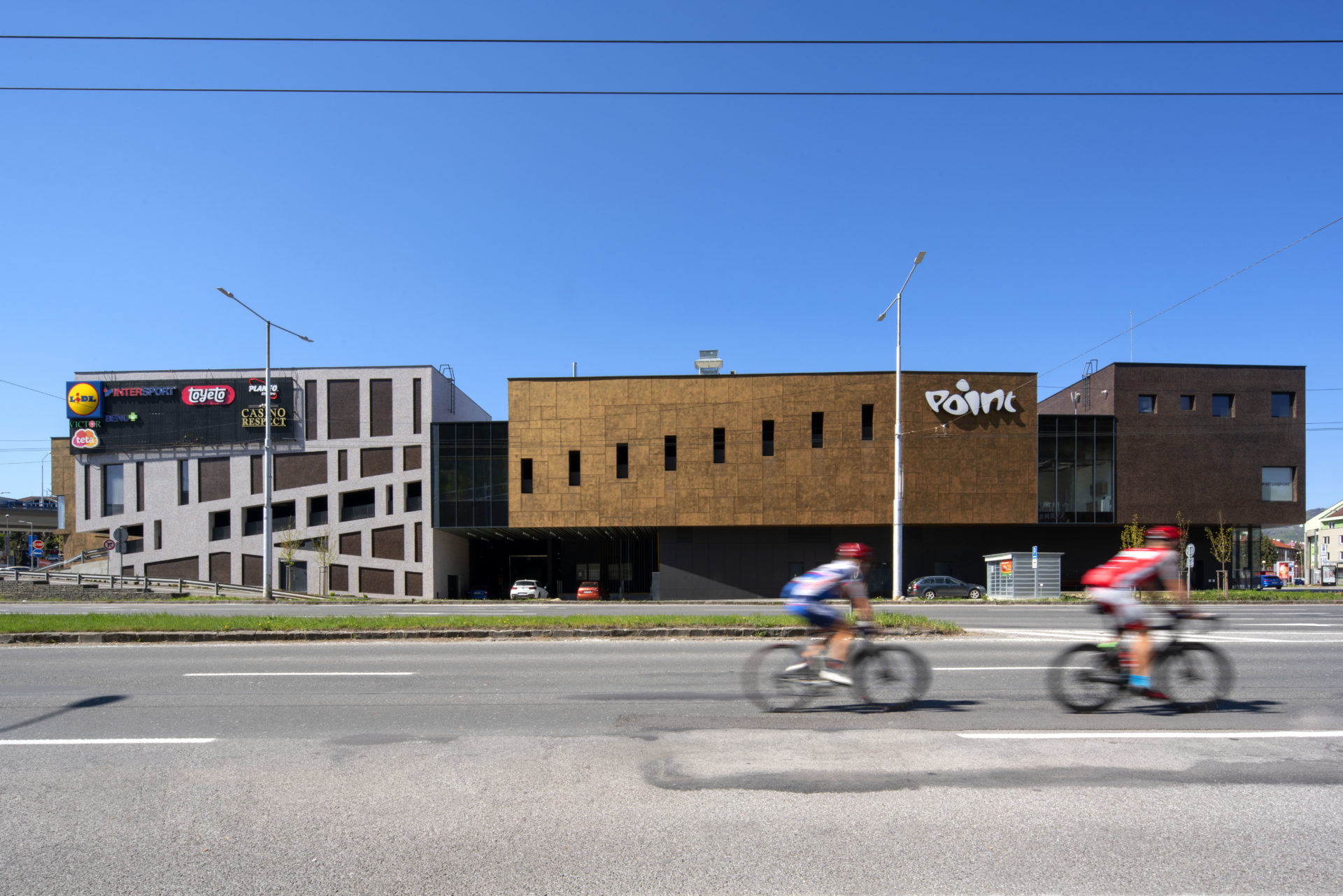 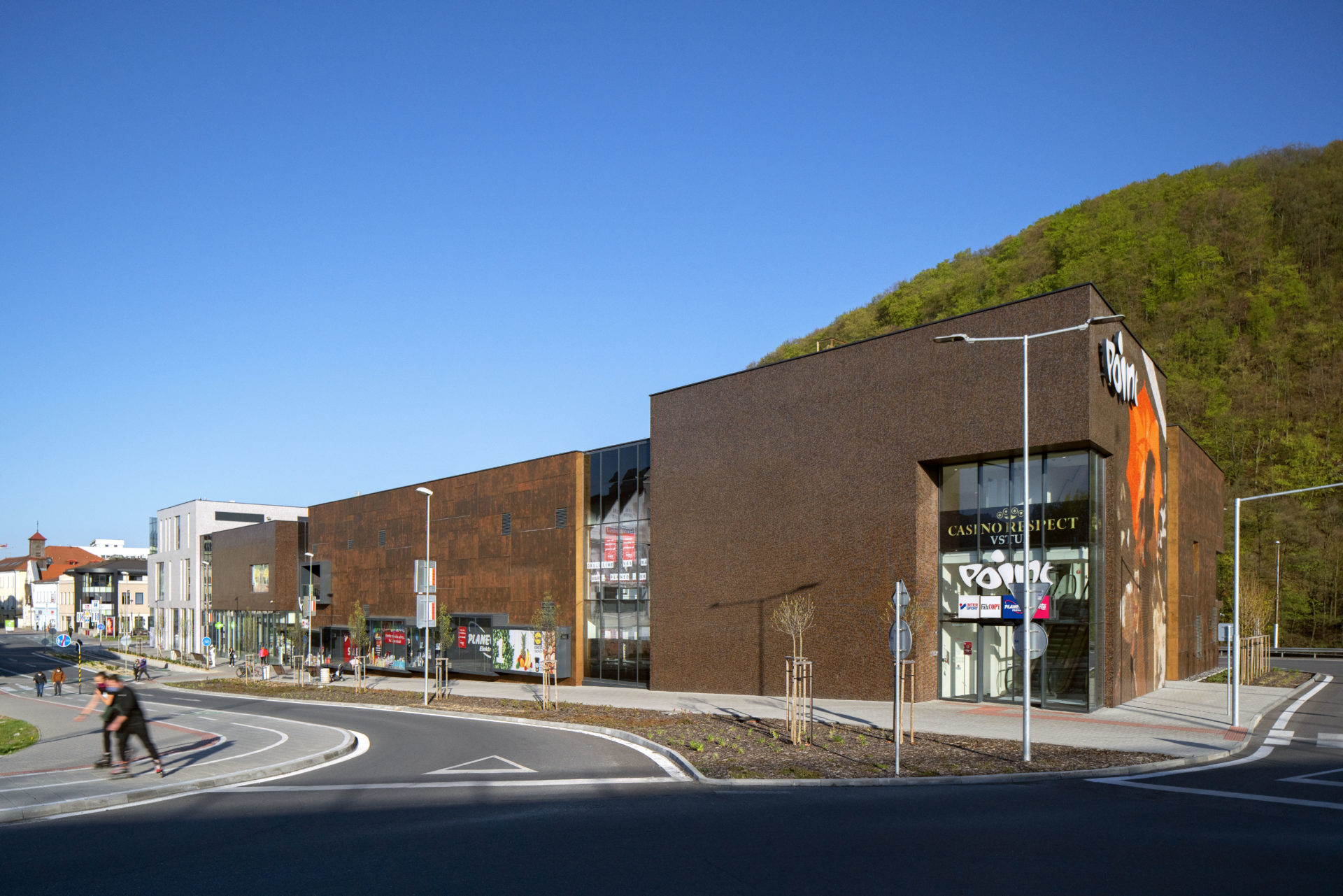 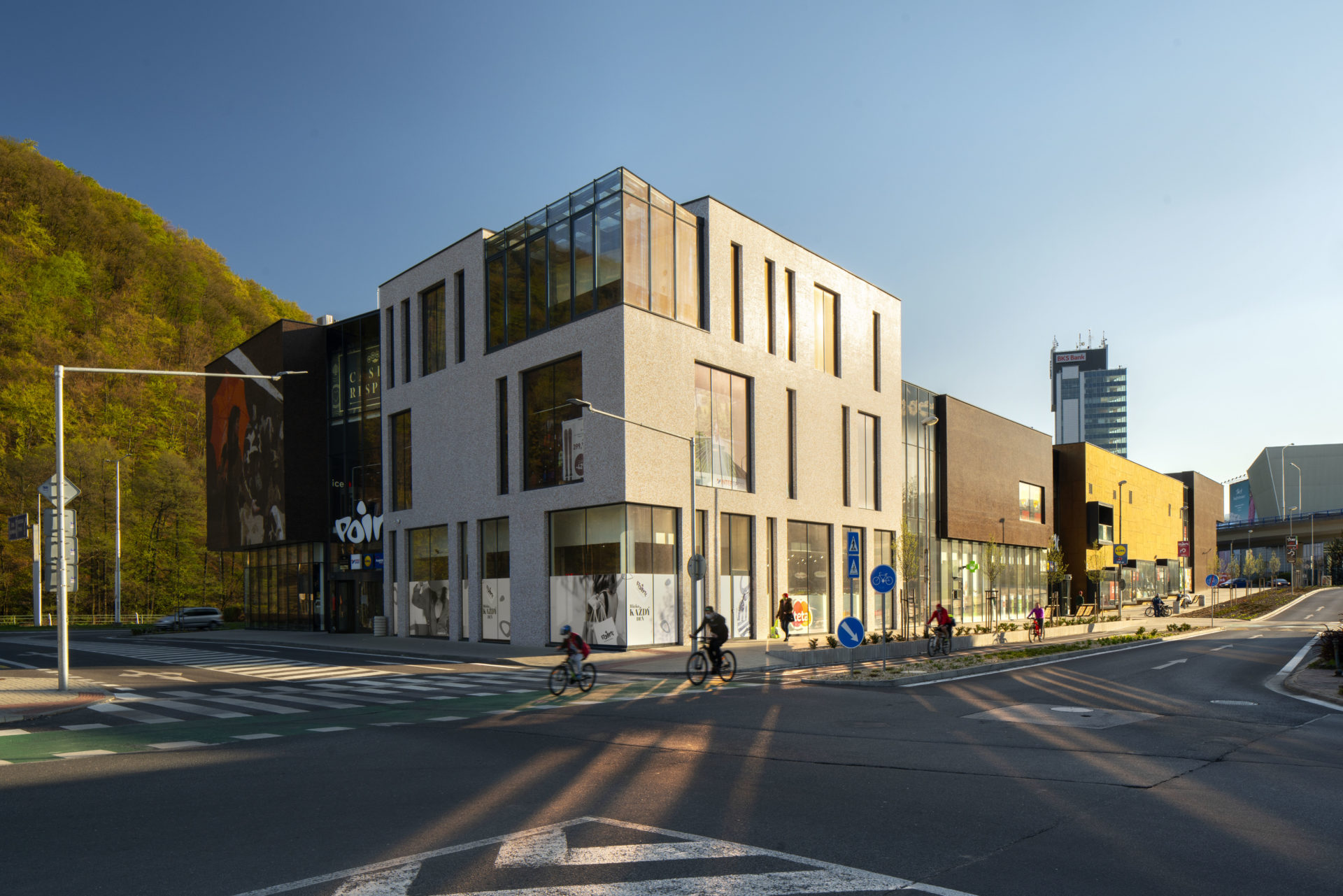 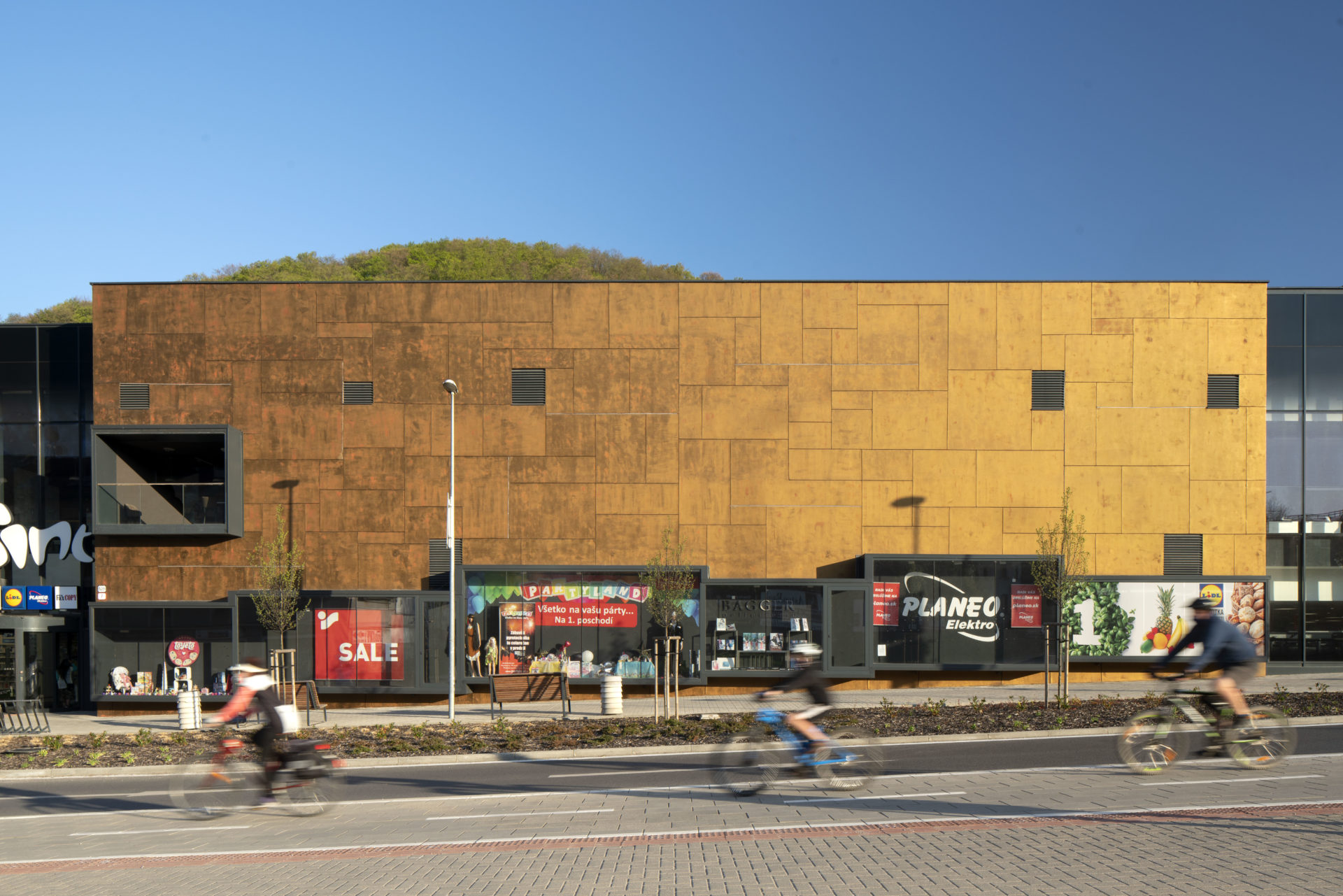 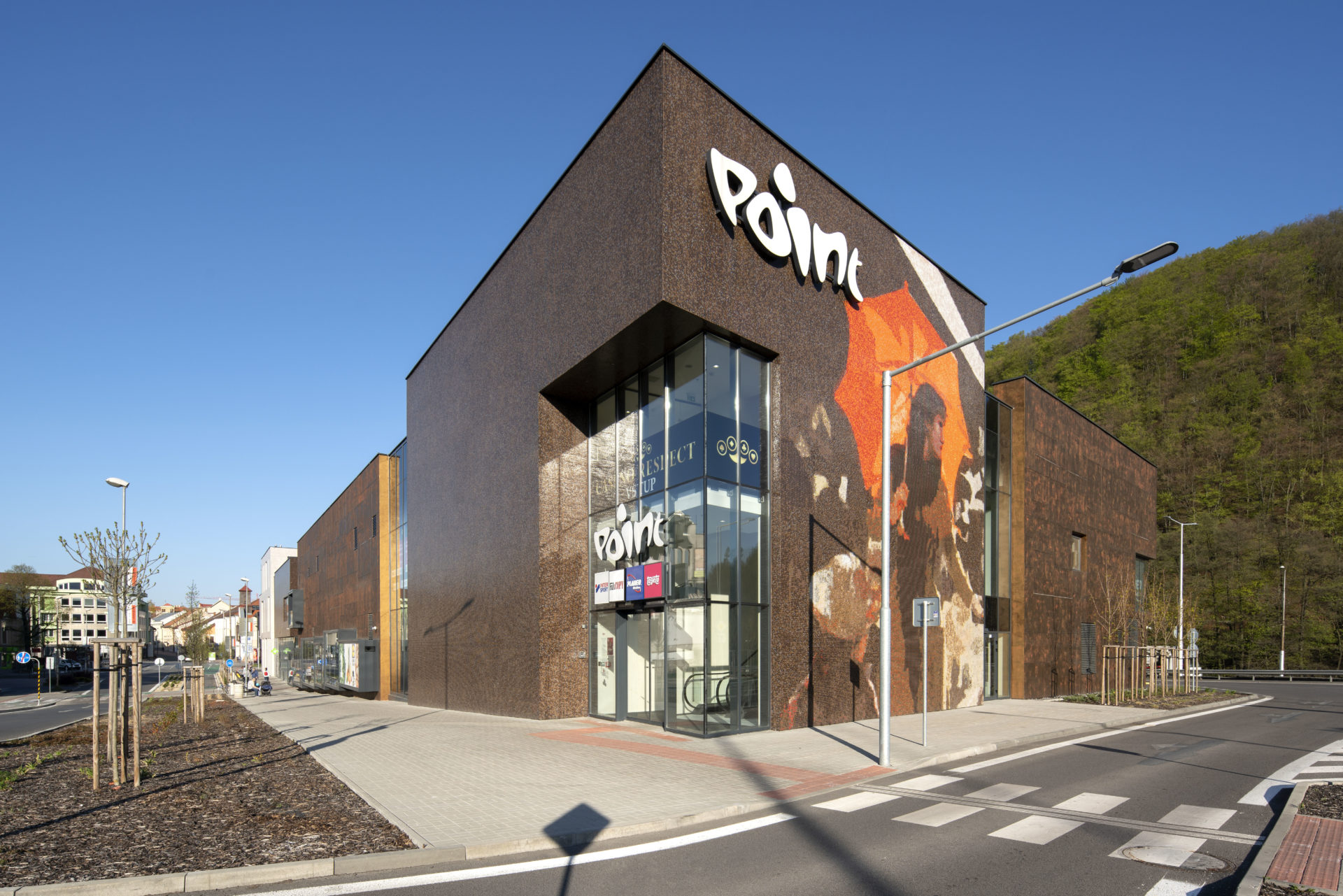 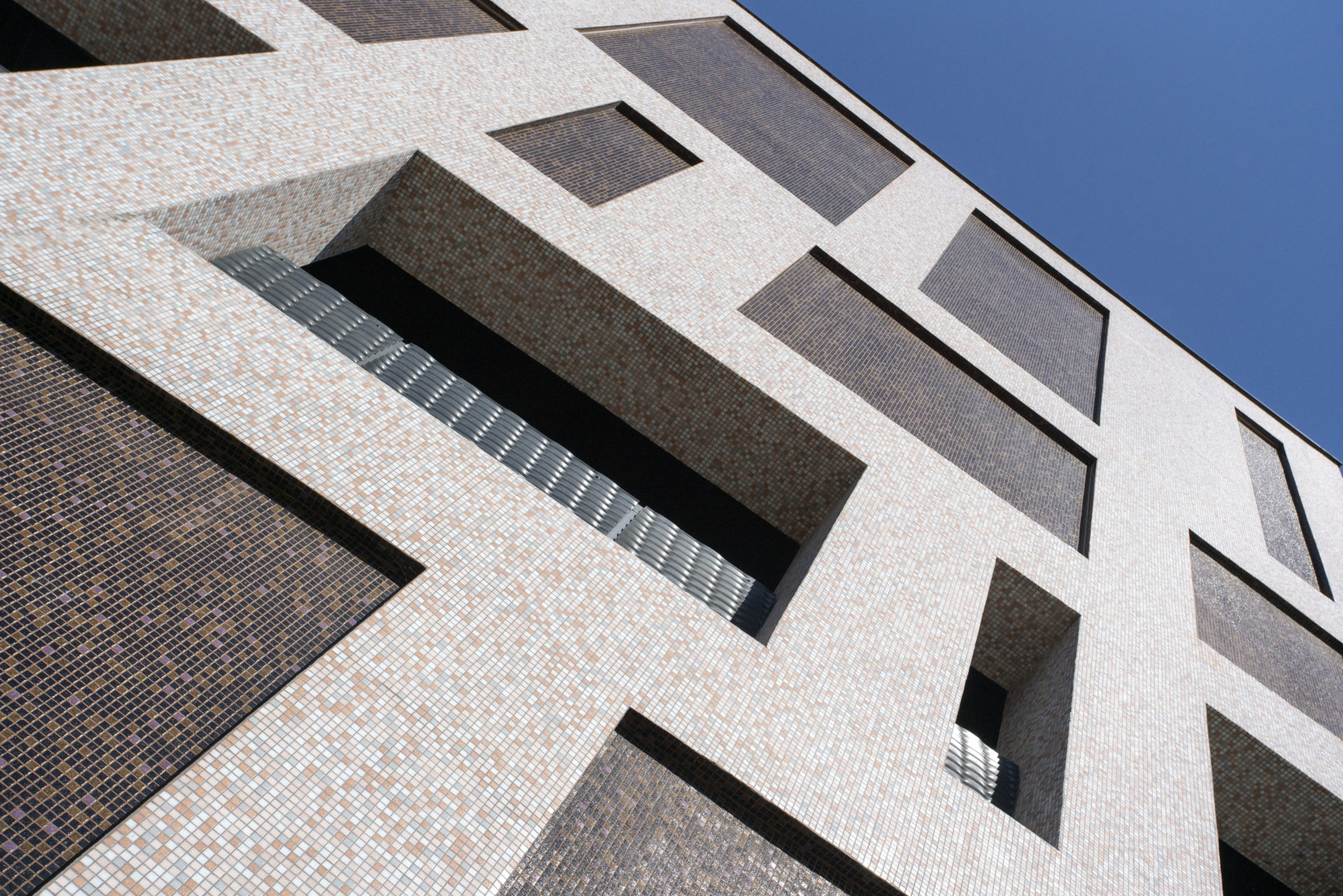 Abstracted motifs from Dominik Skutecký’s The Market in Banská Bystrica in the mosaic of our shopping centre reincarnate the tradition of the location where the building is situated.

Hušták was once a lively marketplace. The development of houses gave way to the traffic bypass, and with it the market disappeared. The location paralysed the entire lower part of the central square for many years both visually and in terms of traffic. The main square, as the central public space, ended nowhere – on an empty green area lined with intensive traffic routes, flyovers of the bypass. From time to time, a circus used to be set up here.

The incredibly complicated traffic and urban context, as well as the close proximity of a protected monument area, formed an assignment that represented a great challenge. The building is surrounded by traffic on all four sides. At the same time, the location is very sensitive for the city – it is on the edge of the monument zone, visible from the main square. The design has undergone complex development with many variants and diversions, and we have participated in a number of meetings with the monuments board, the city, etc.

The shopping centre benefits the urban area greatly: it extends the public space of the central square, eliminates the disruptive influence of the viaduct, and establishes a continuous walking route as the basis of pedestrian traffic, which, after completion, will connect the city centre with the neighbouring Europa centre.

The internal organization, based on two entrances, naturally divides the larger mass by opening the passages along the entire height of the building. The mass divided in this natural way reaches the scale of the surrounding buildings and the rhythm of the pedestrian zone.