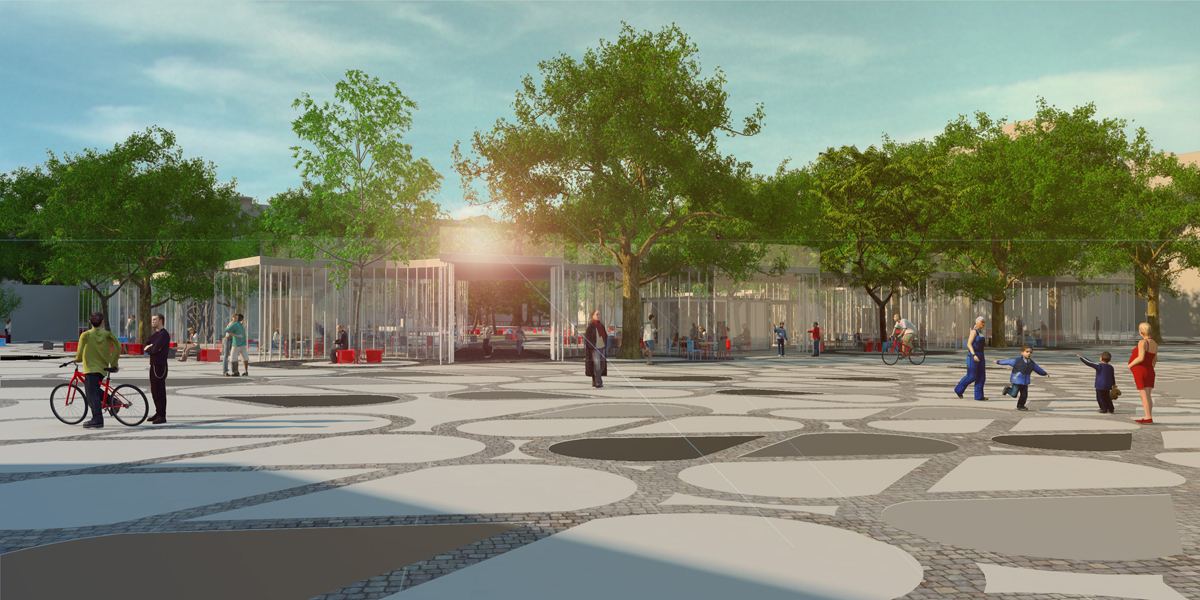 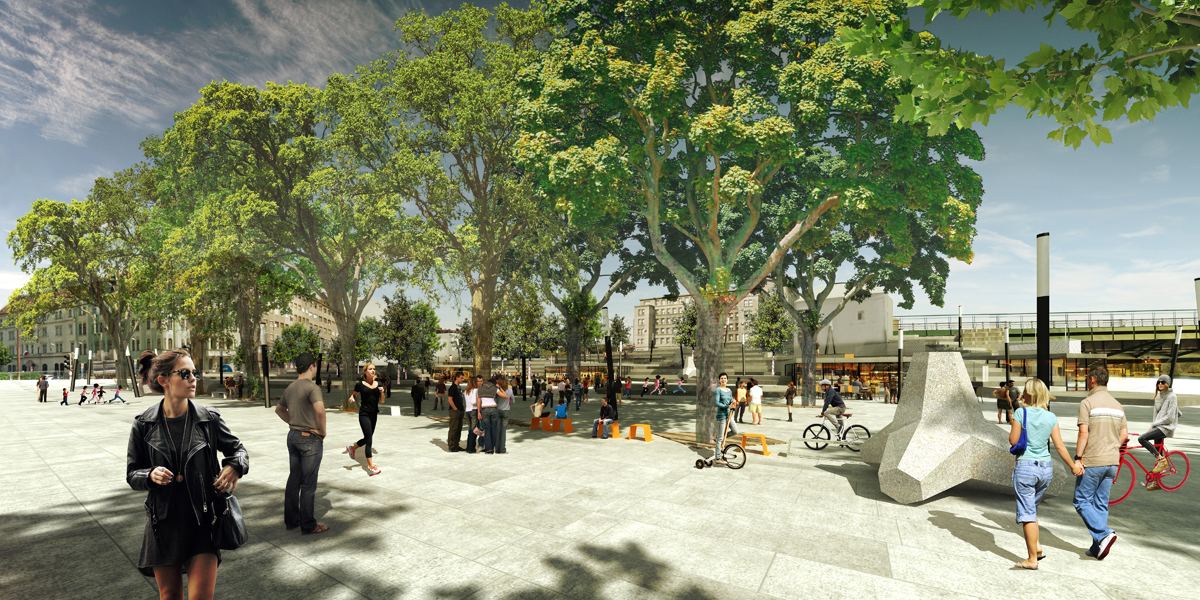 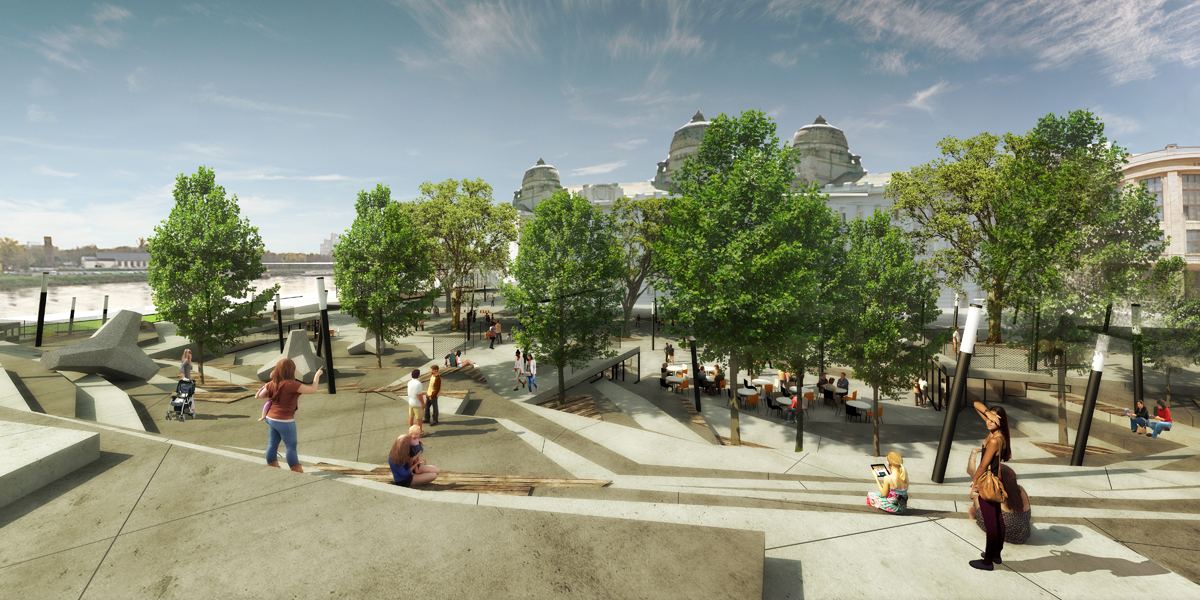 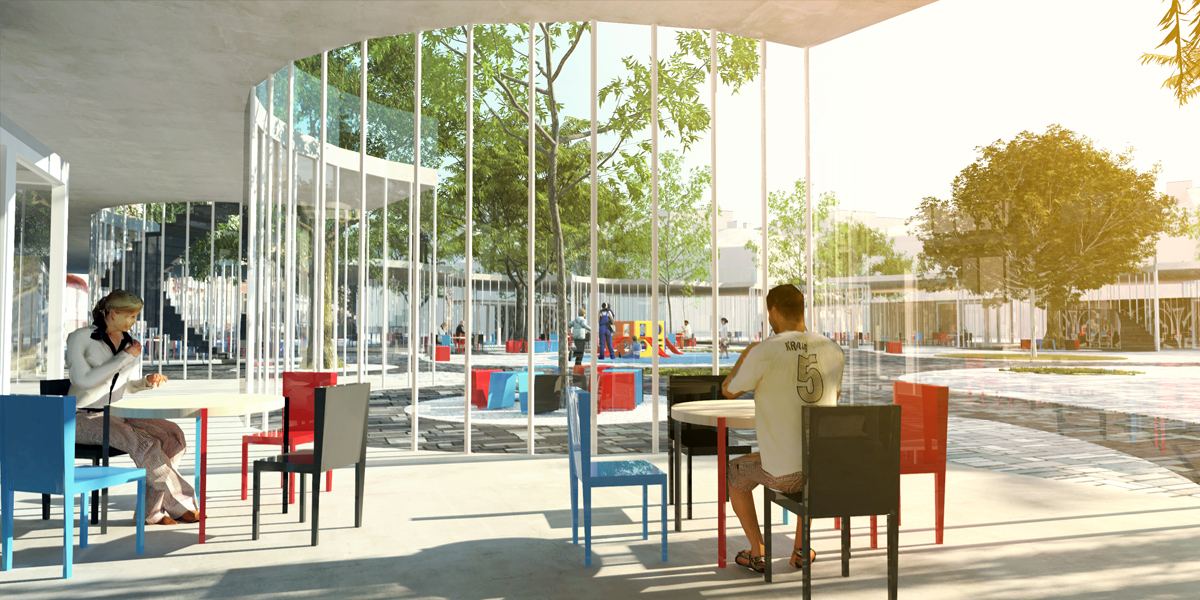 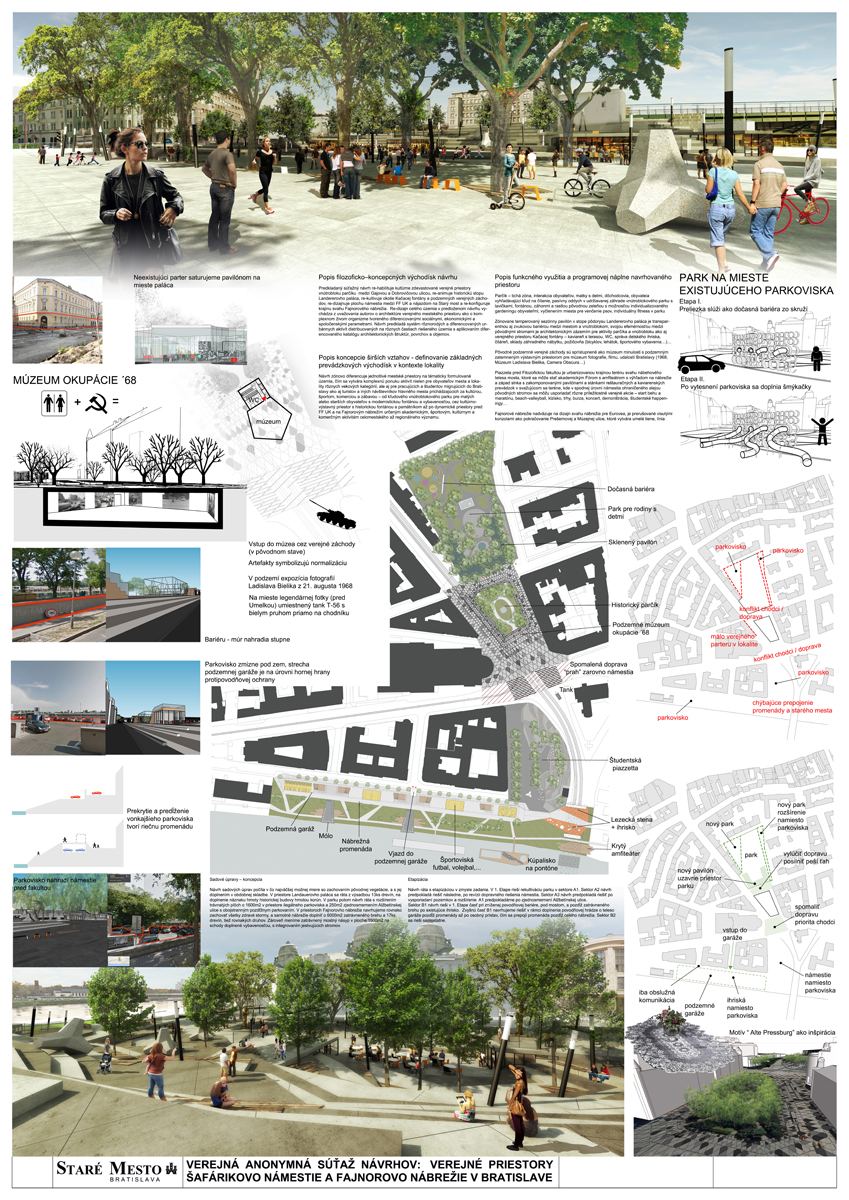 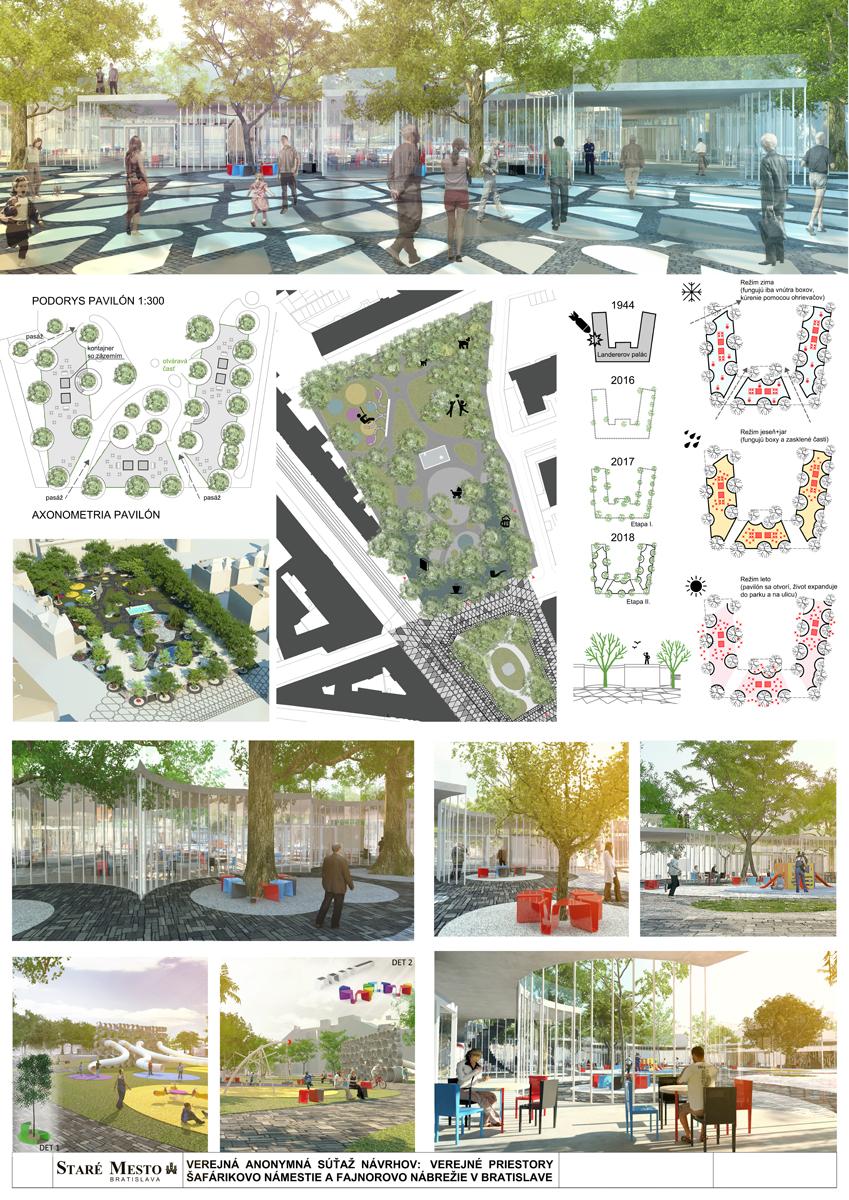 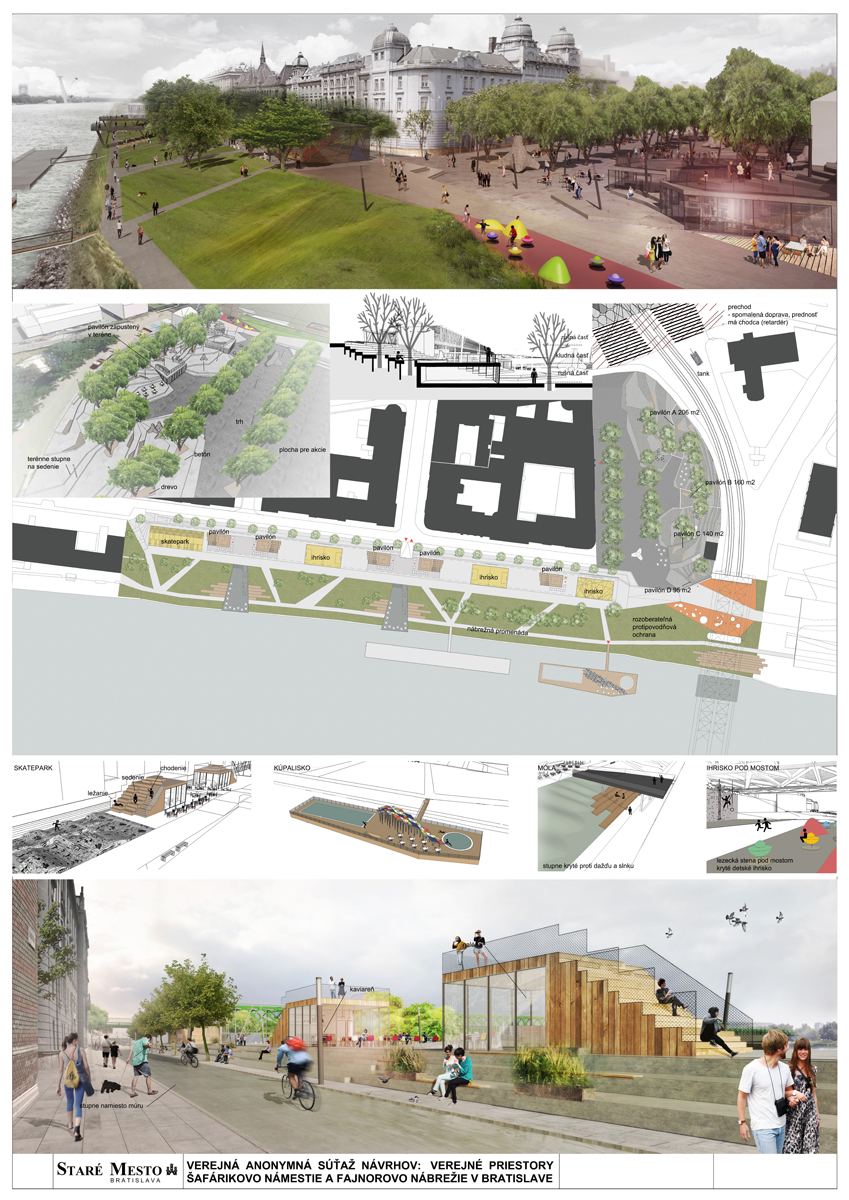 The non-conceptual chaotic sequence of interventions in the area of Šafárik’s Square resulted in a non-homogeneous area with lowered potential. The solution consisted of complementing the mosaic with accents, which utilize the potential of individual sub-sectors. We also assigned logical functions to them, which are often absent or are underestimated in its current state.

The assignment of the contest also included locations in private ownership, some of which are used in violation of the land-use plan, as well as prospective stages for a coherent concept. Our design went beyond the original assignment of the contest, because in our view it accepted too much of the current non-compliant state. We are convinced that pedestrian traffic should be given a higher priority in every urban space, wherever logistically possible, as is the case for the solved area.