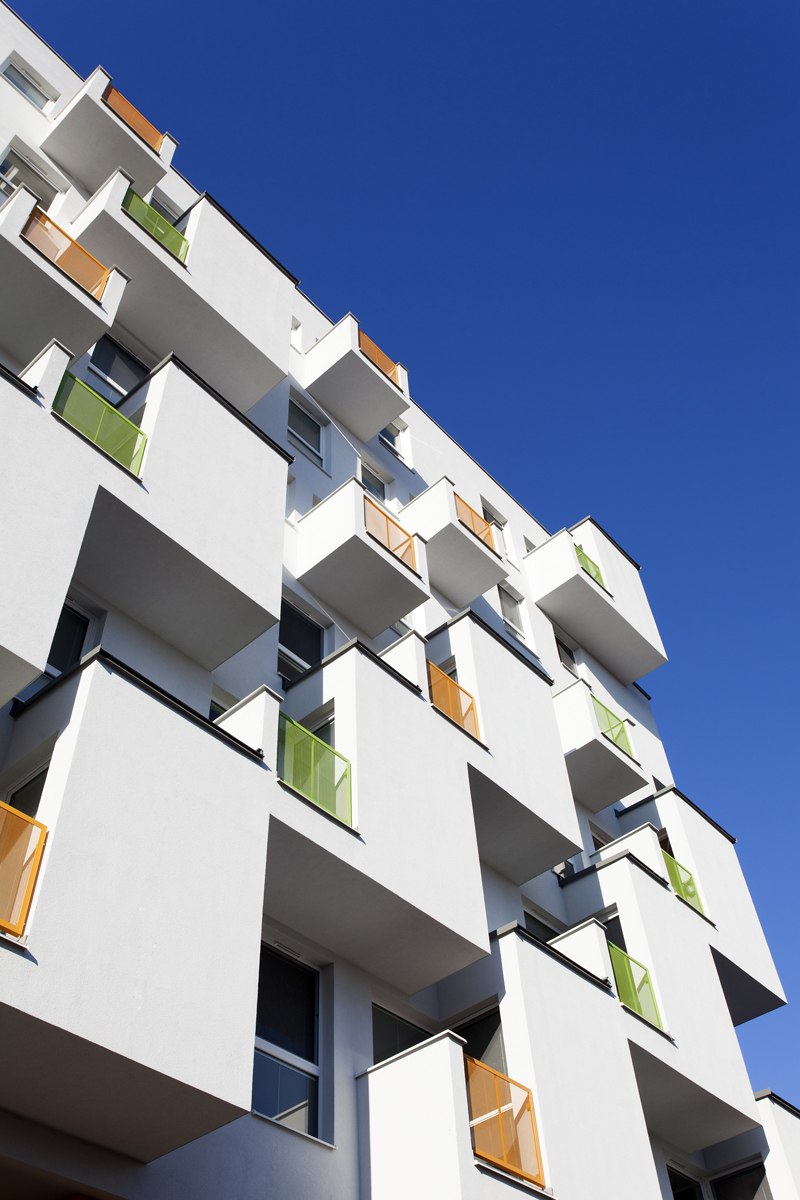 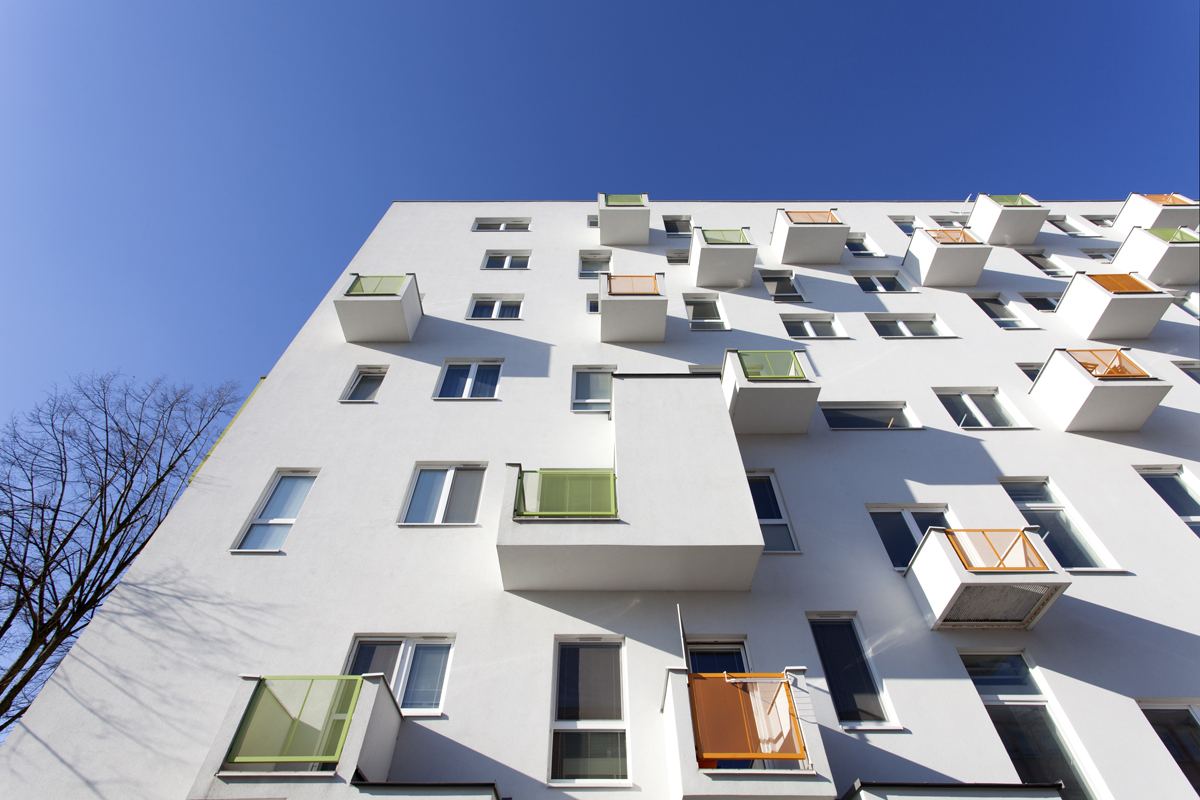 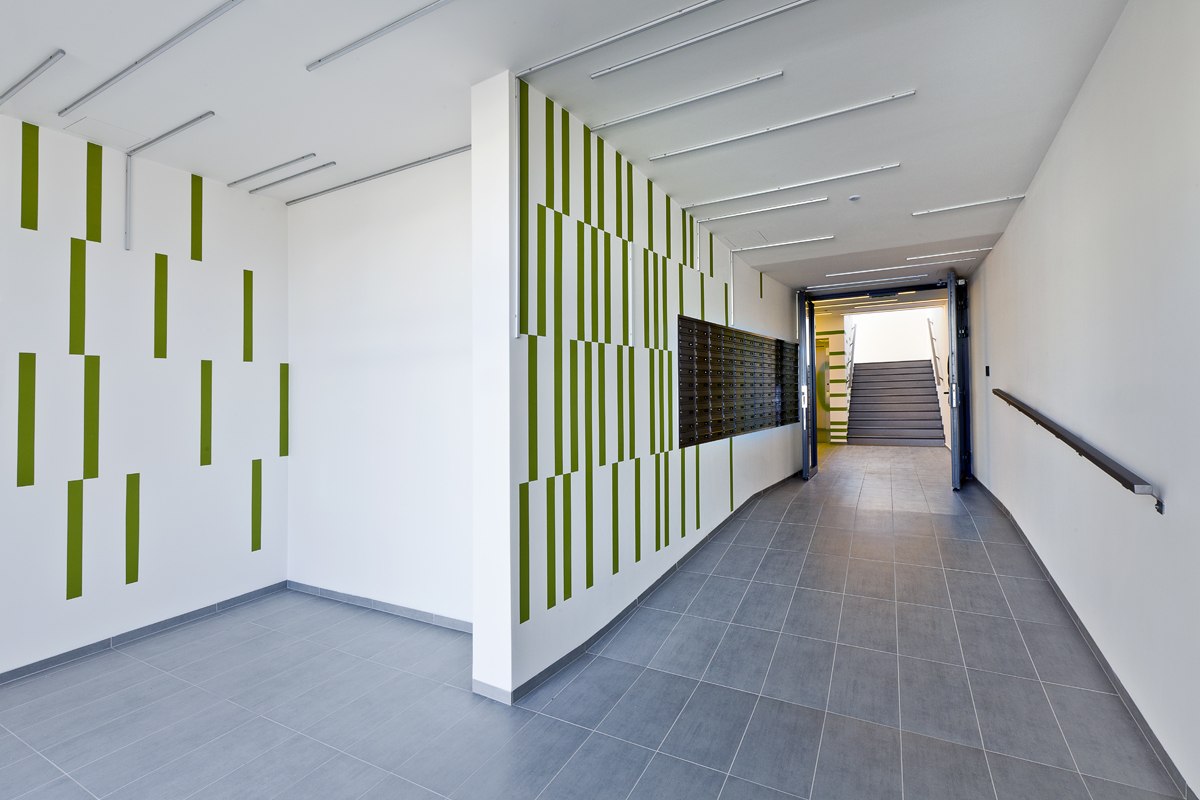 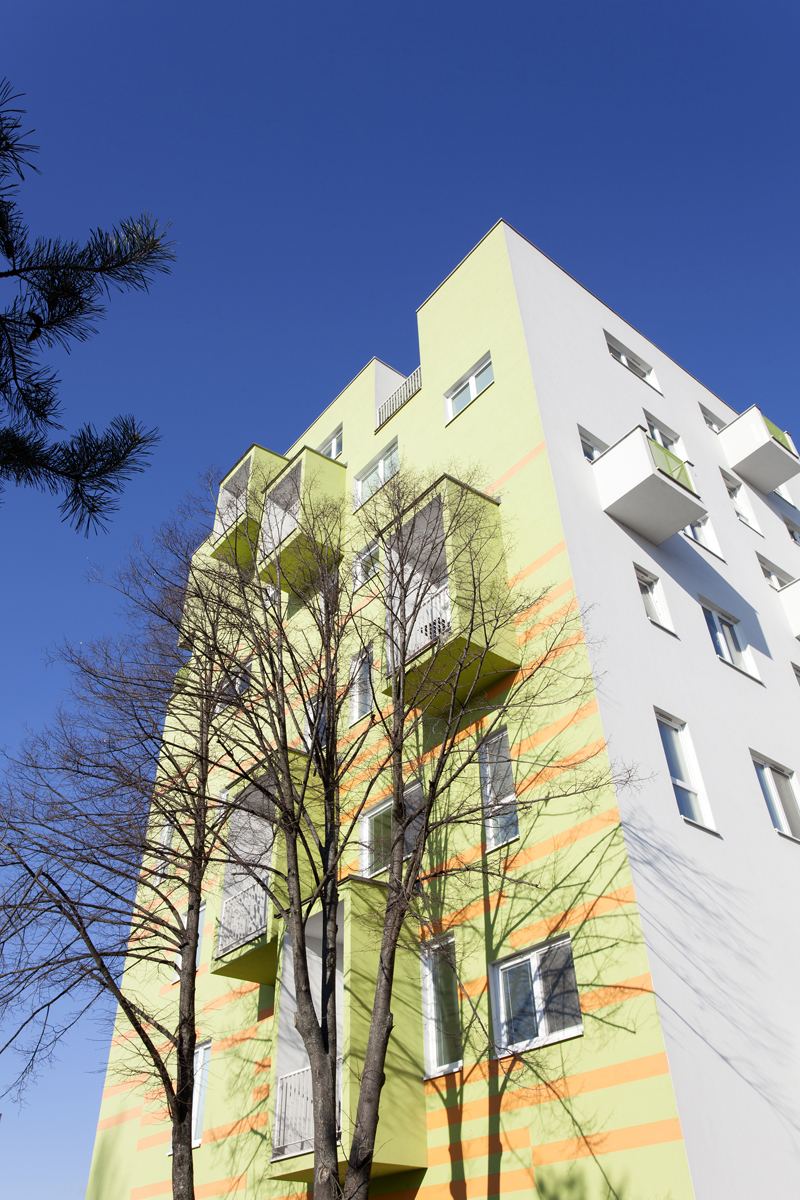 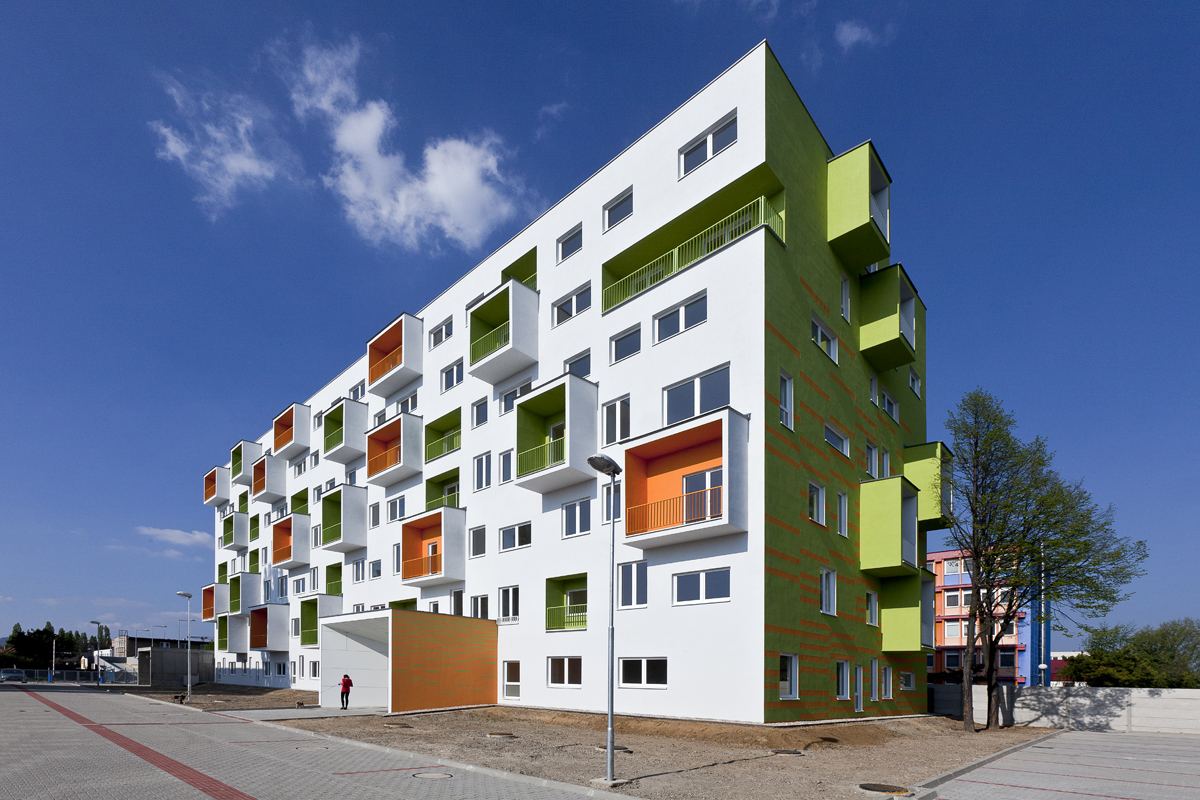 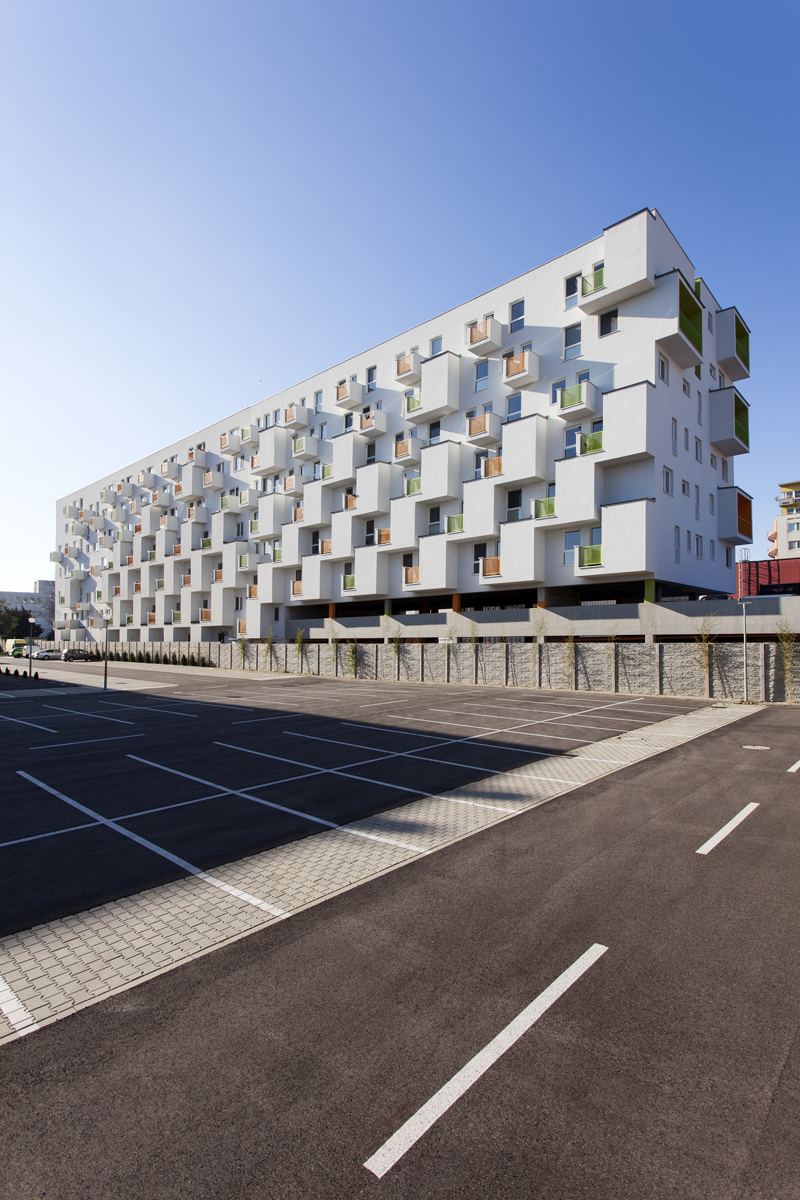 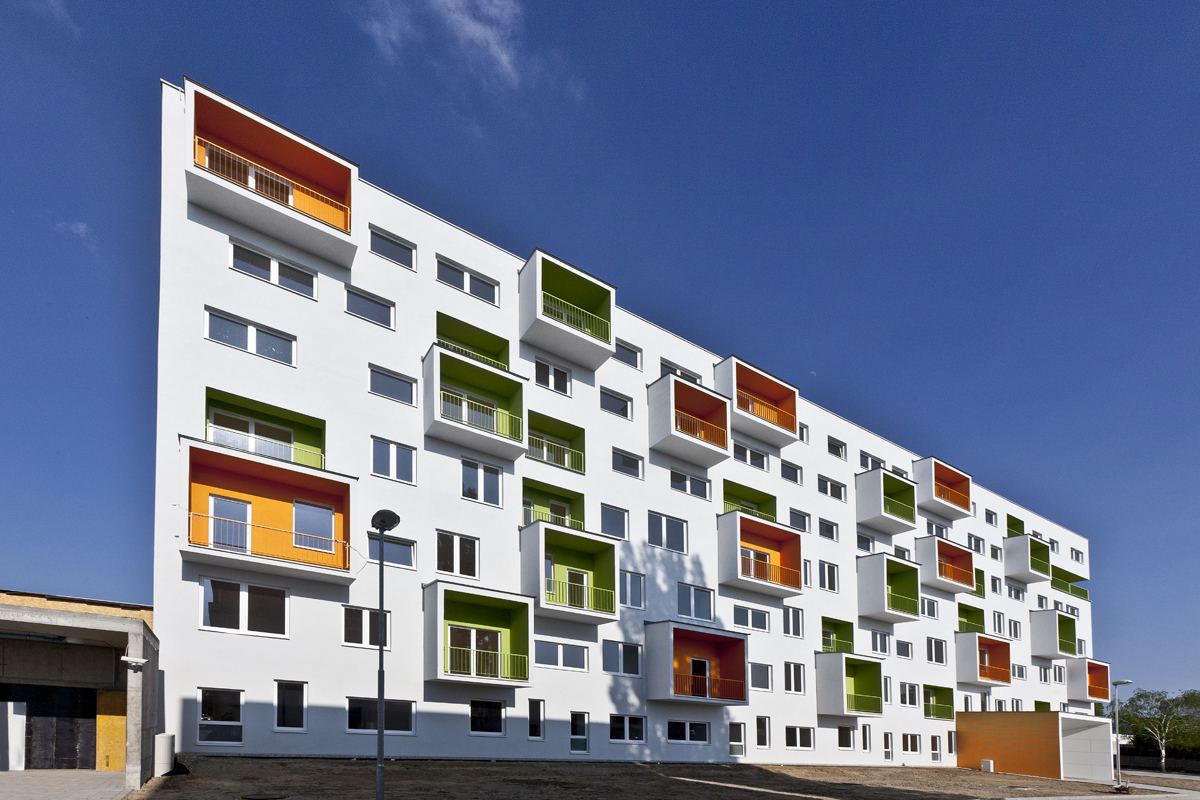 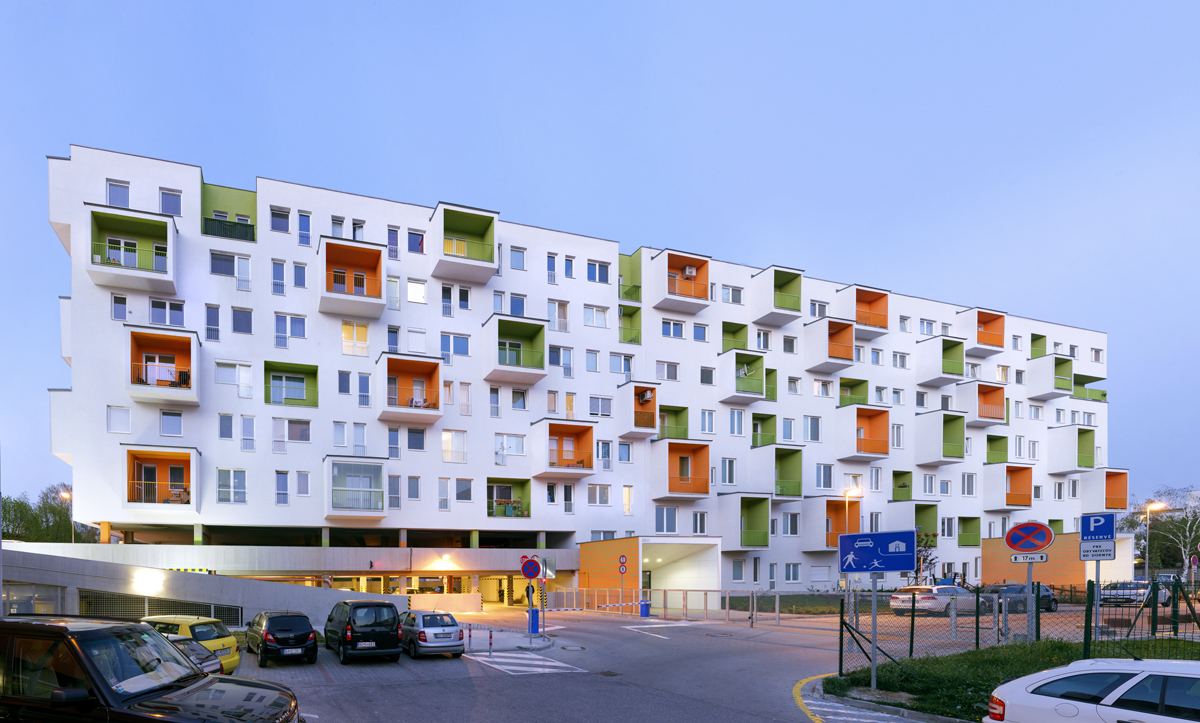 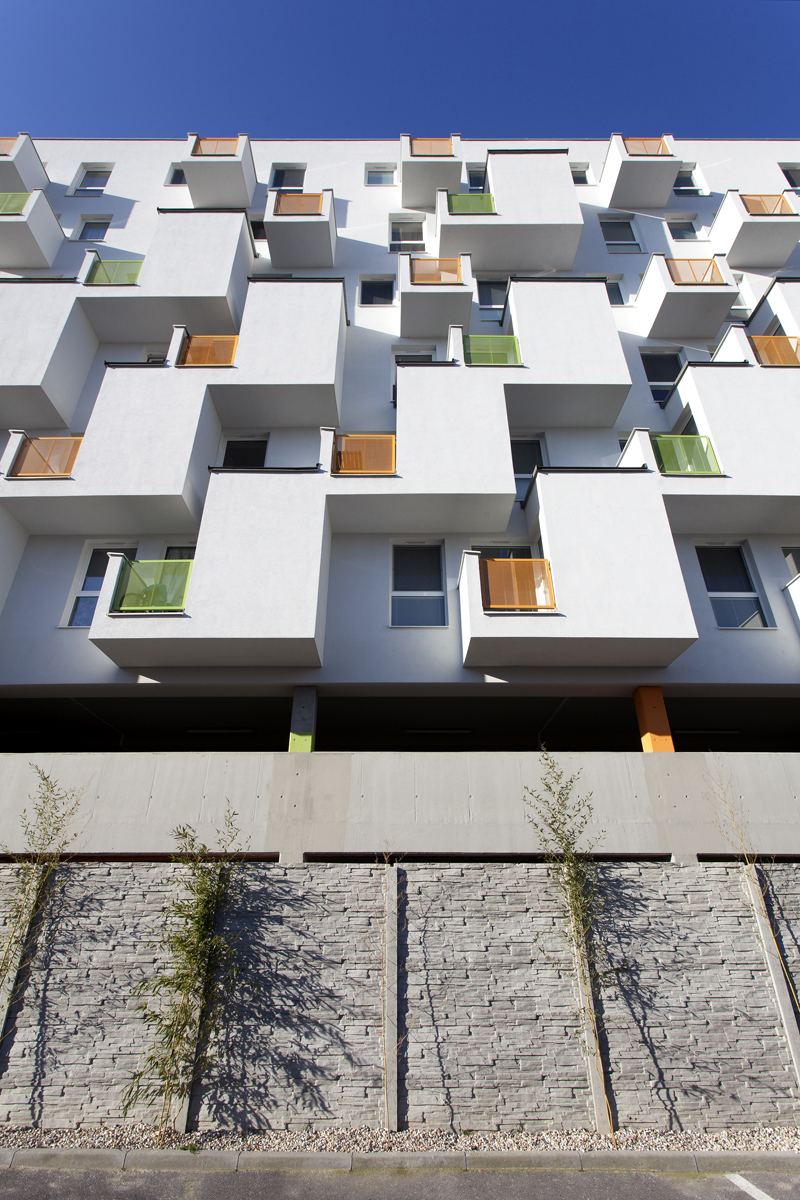 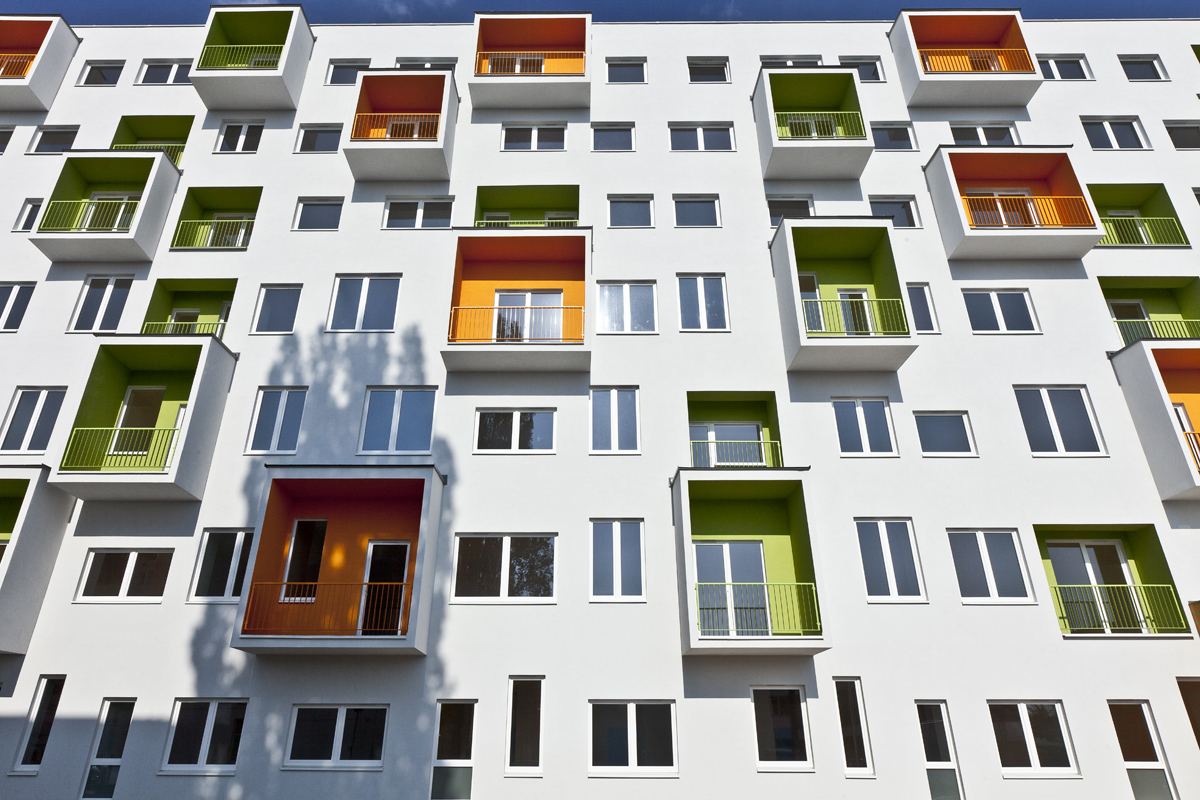 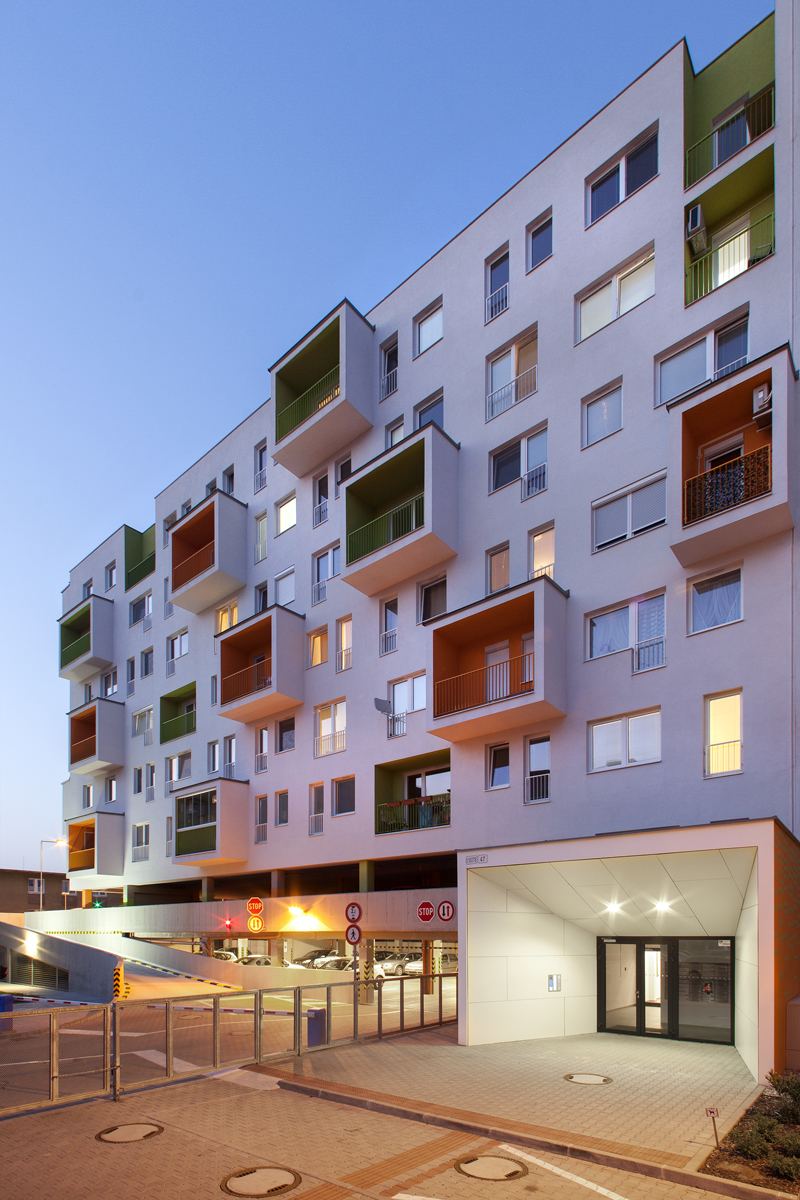 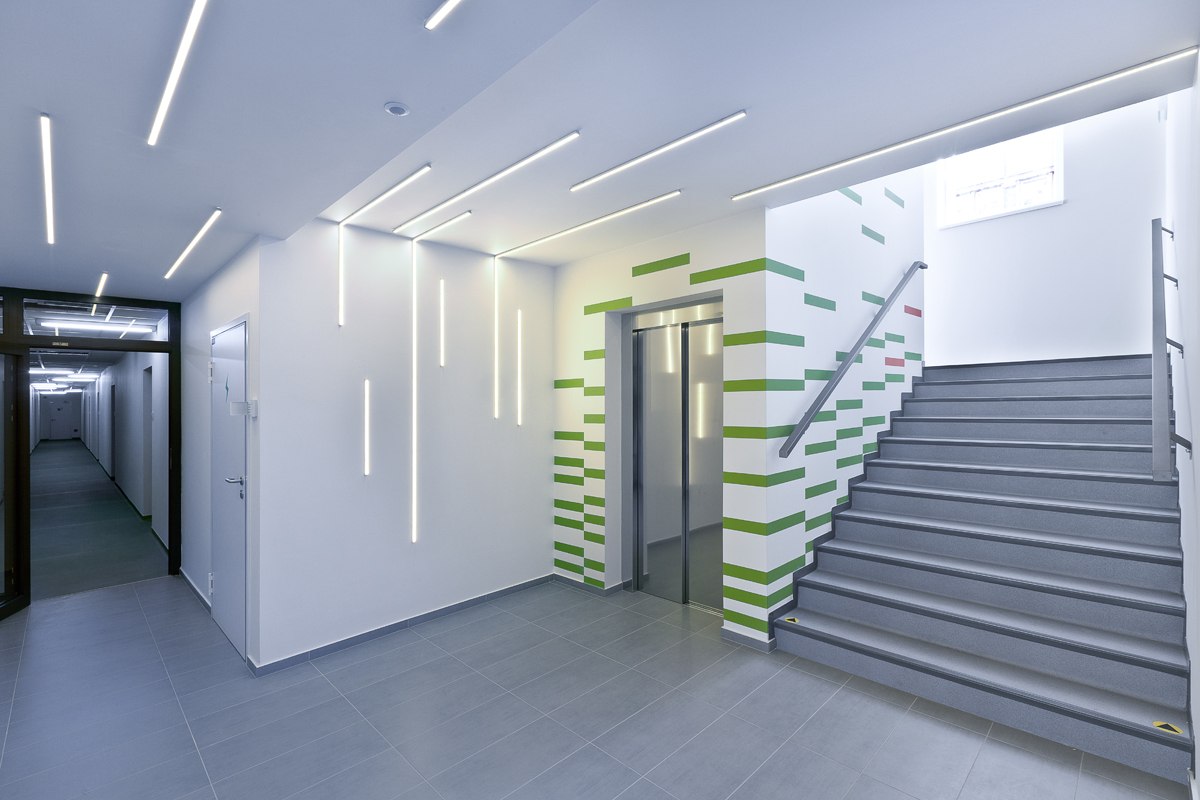 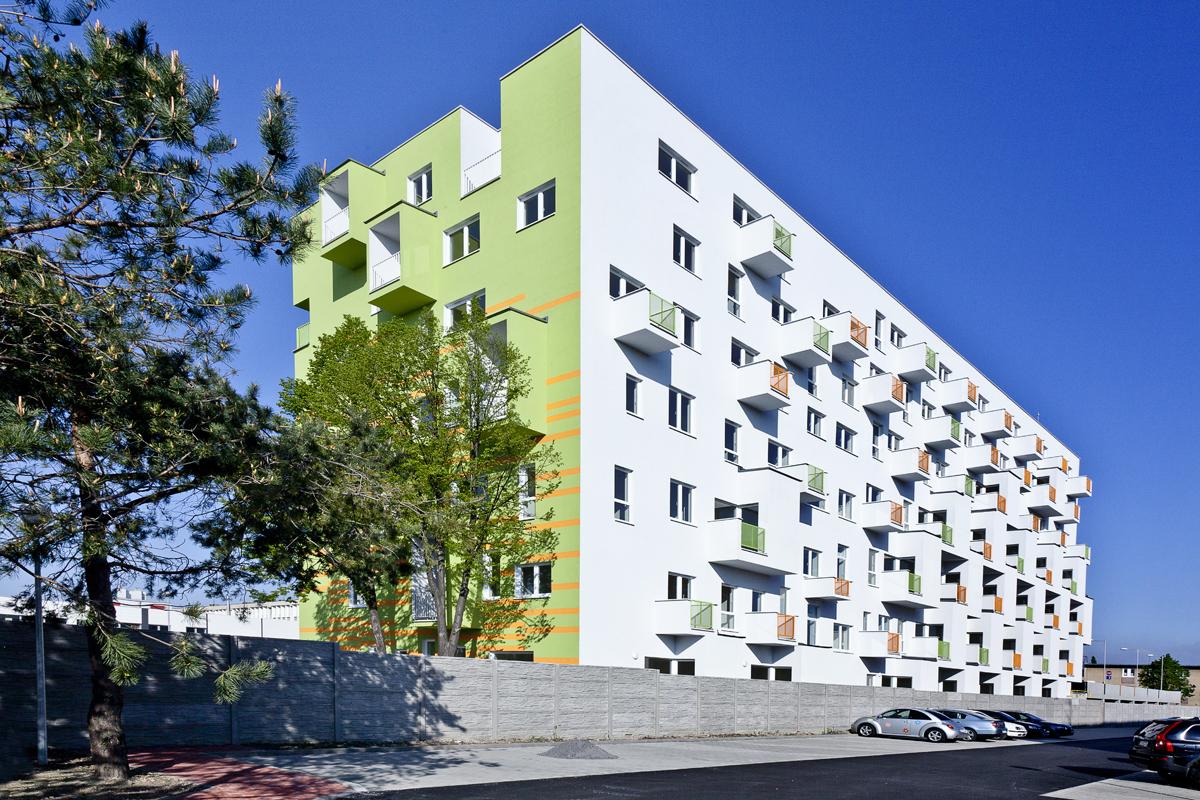 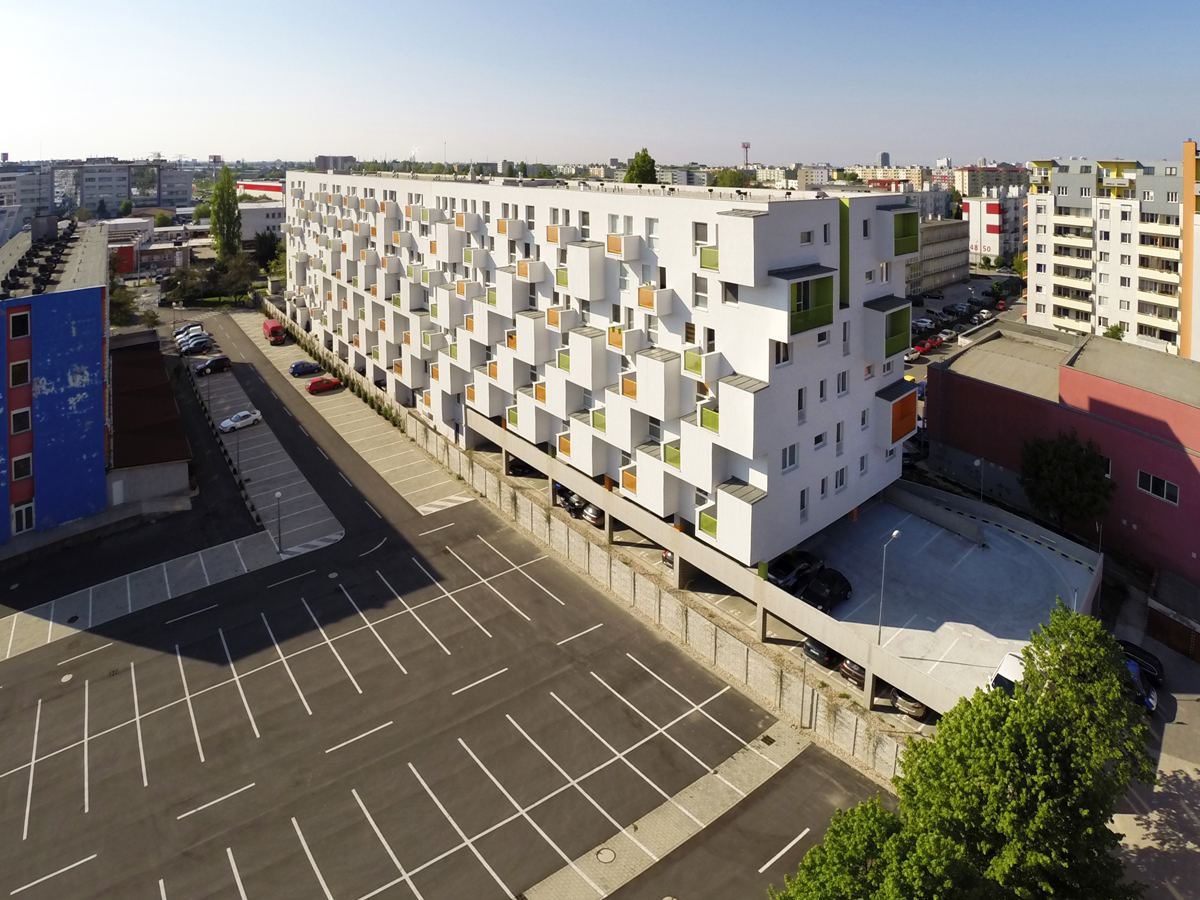 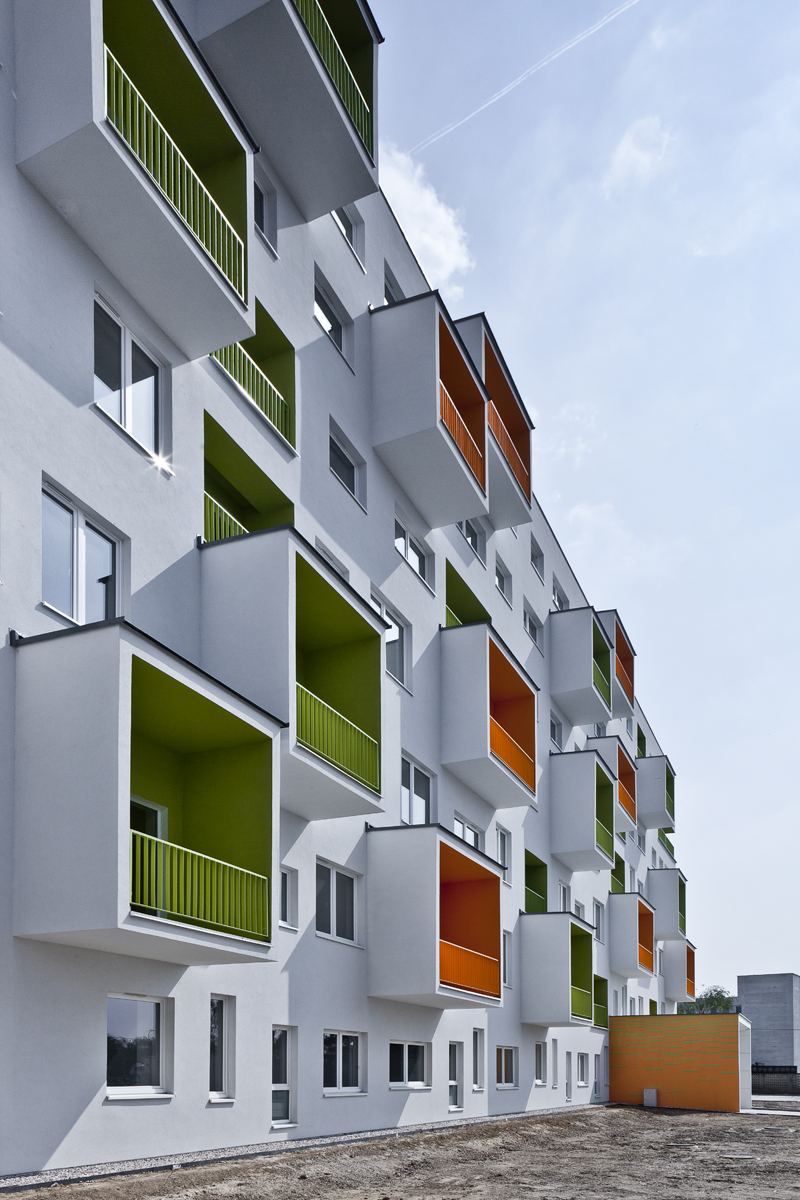 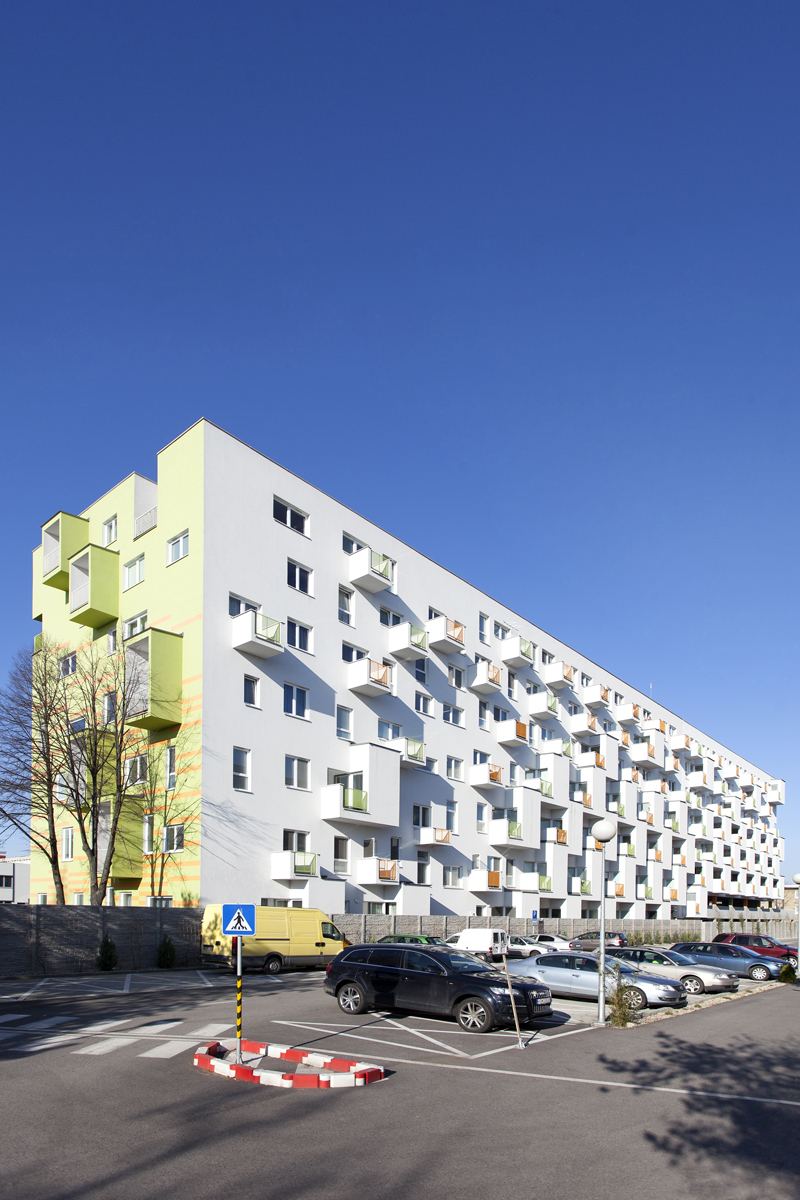 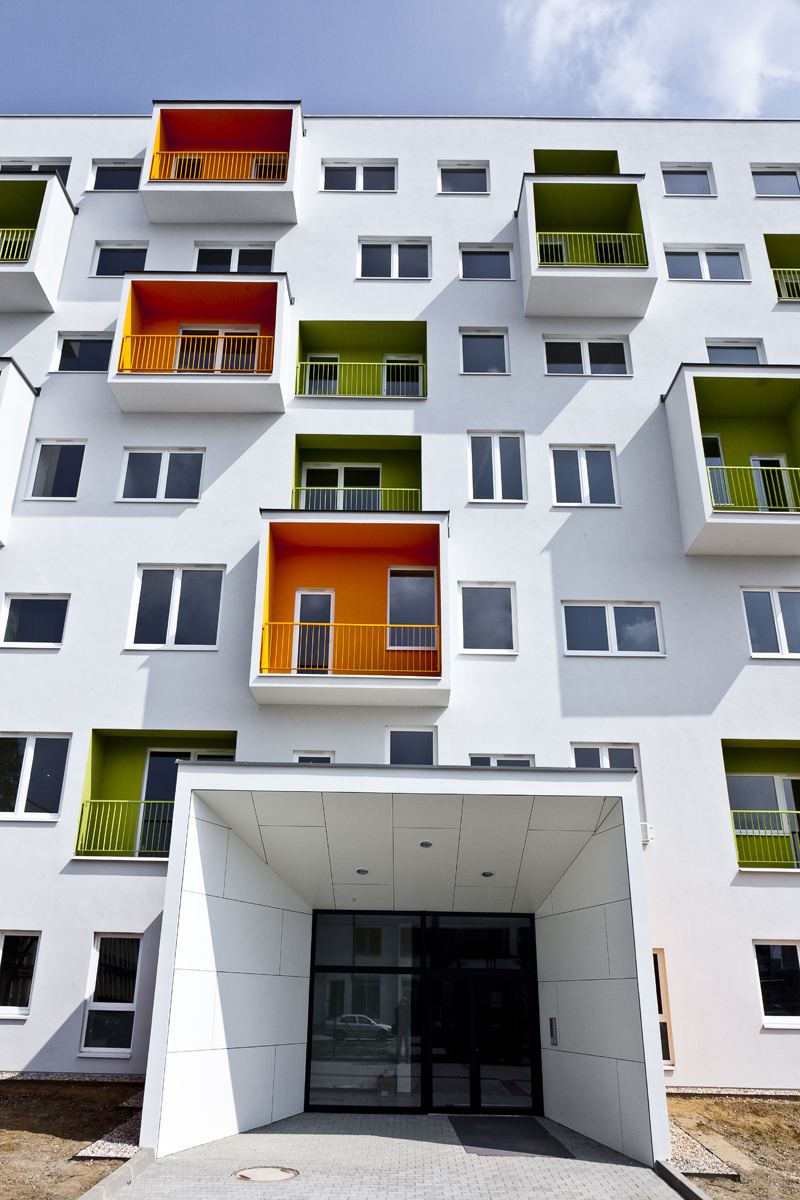 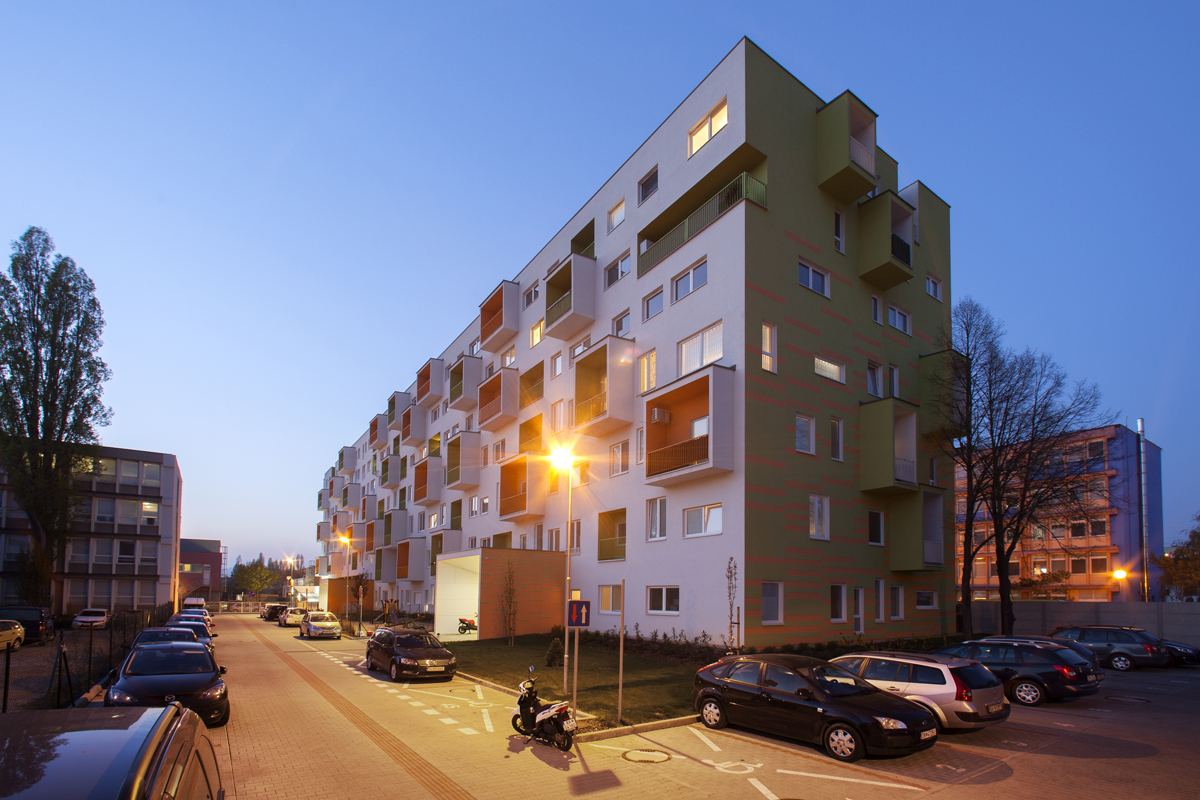 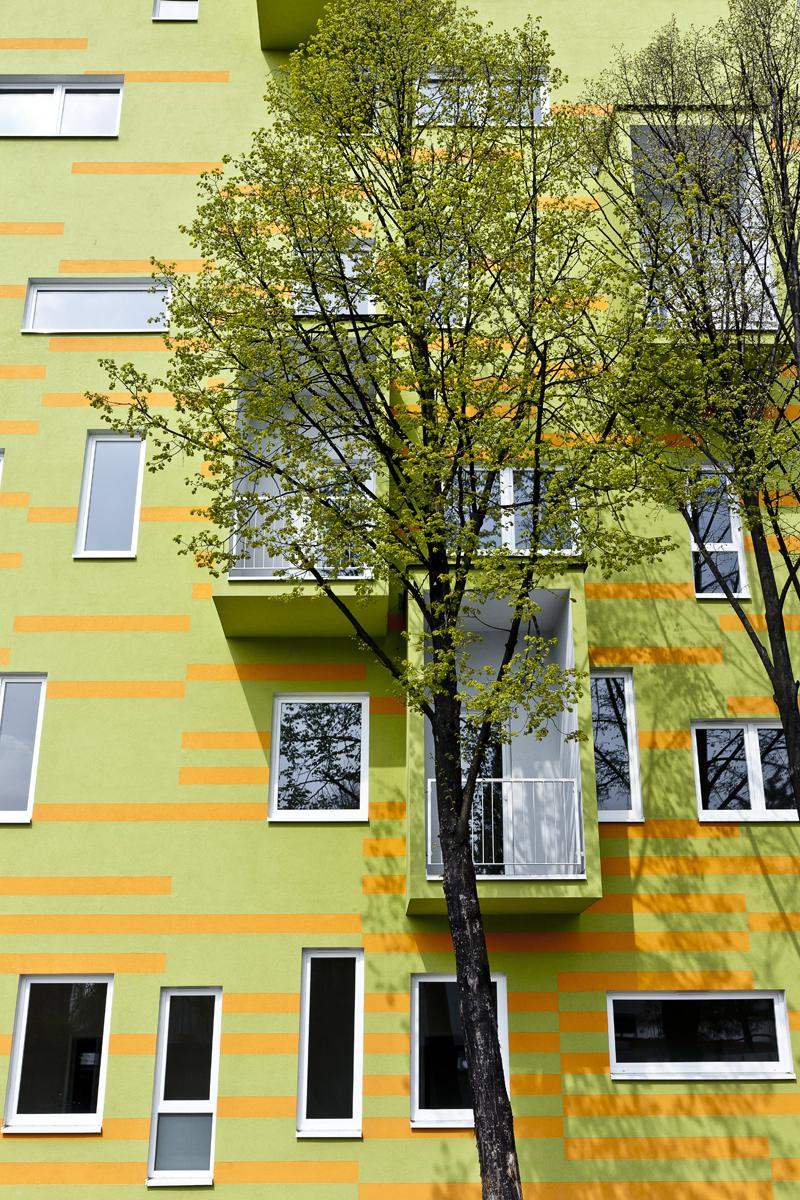 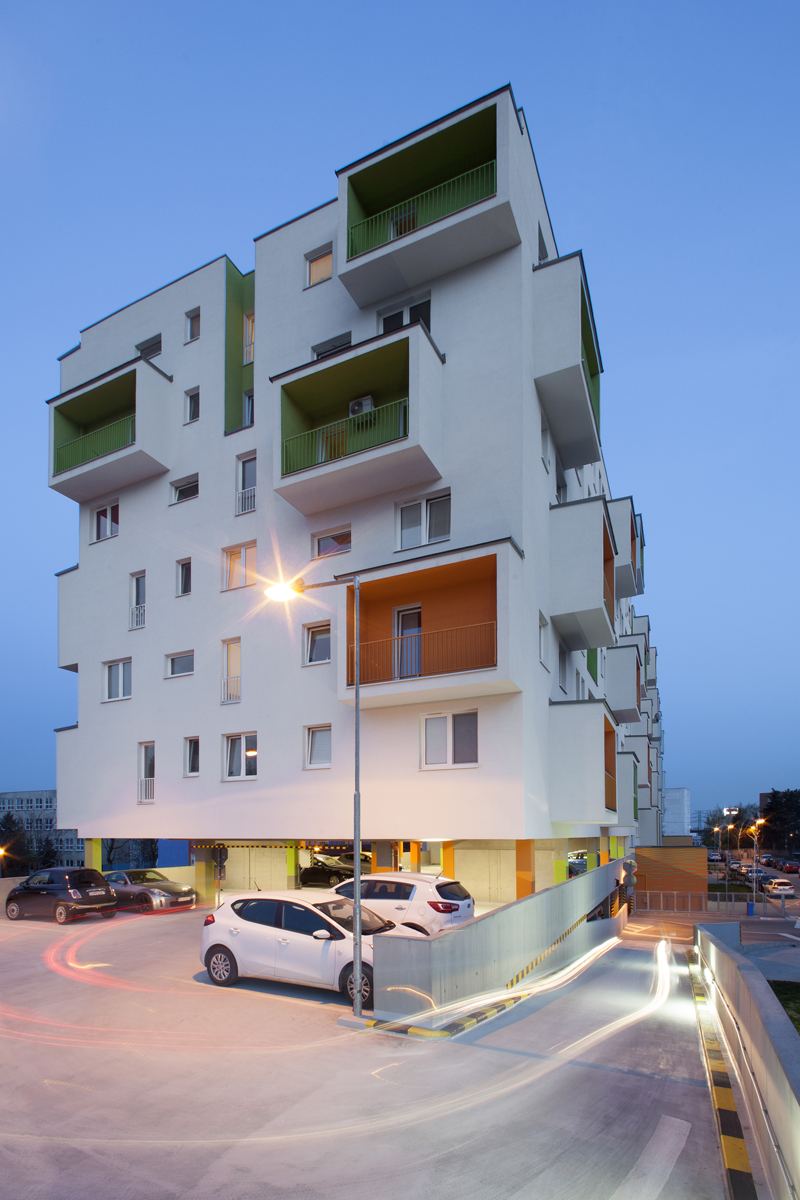 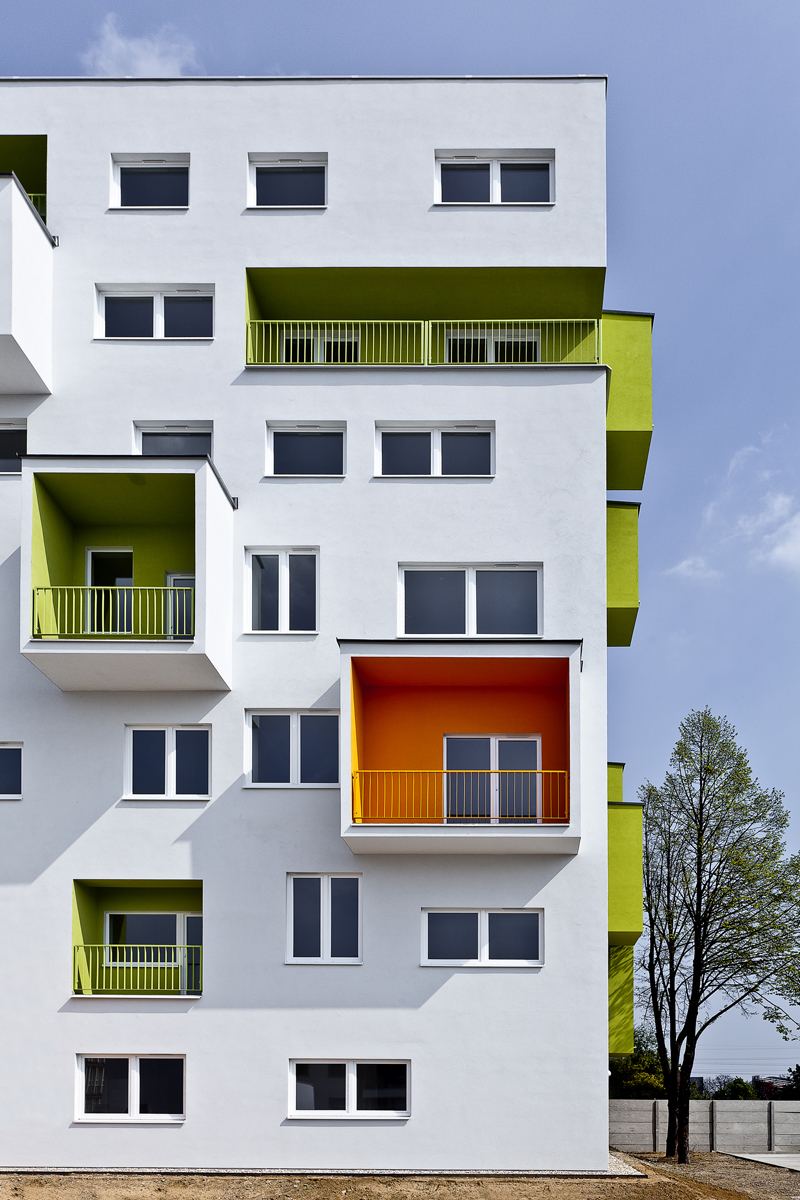 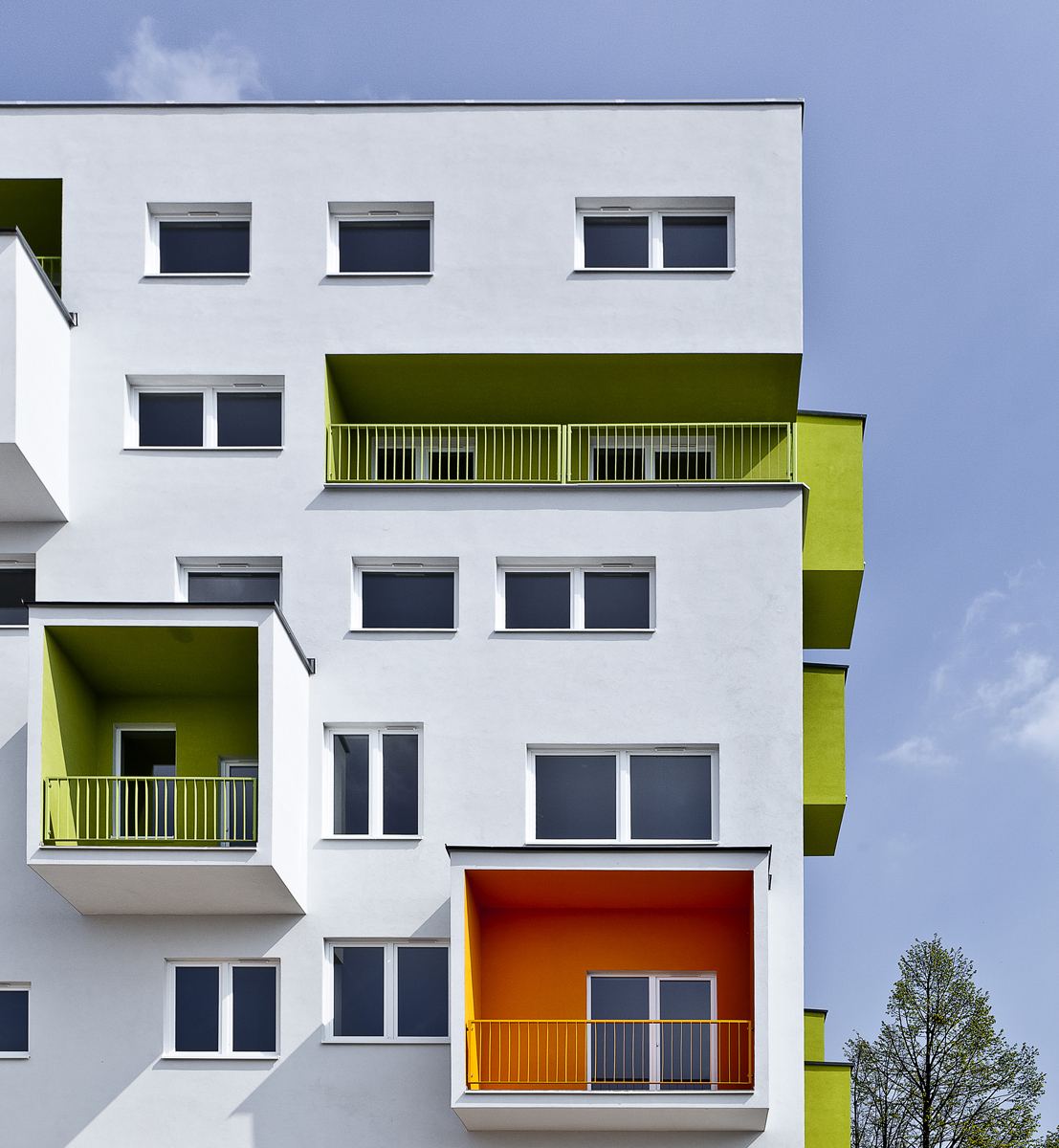 The residential building represents reconstruction, extension, and completion of the original four floor school building, of which only the framework and ceilings remained. The assignment was to maintain rational construction costs and create attractive architecture that will be easily identifiable even in the structurally diverse environment of Bratislava’s Trnávka.

Two different approaches to the solution of the two main façades were conditional on the orientation of the building to cardinal directions in order to maximize the sunlight and illumination of the flats on both sides of the layout. The rear, north-eastern side thus contains living room dormers, the protruding glazed corners of which ensure proper sunlight in each flat. The rest of the façades have combined nested and extended loggias. The building offers space-saving flats with high-quality layouts. The rear side of the building is adjacent to a multi-level car park, an extension of which forms the second stage of the project. In terms of architecture the second stage is identical to the first.

HOUSE AMONG THE TREES
GERULATA MUSEUM – CONVERSION OF AN ARCHAEOLOGICAL DEPOSIT