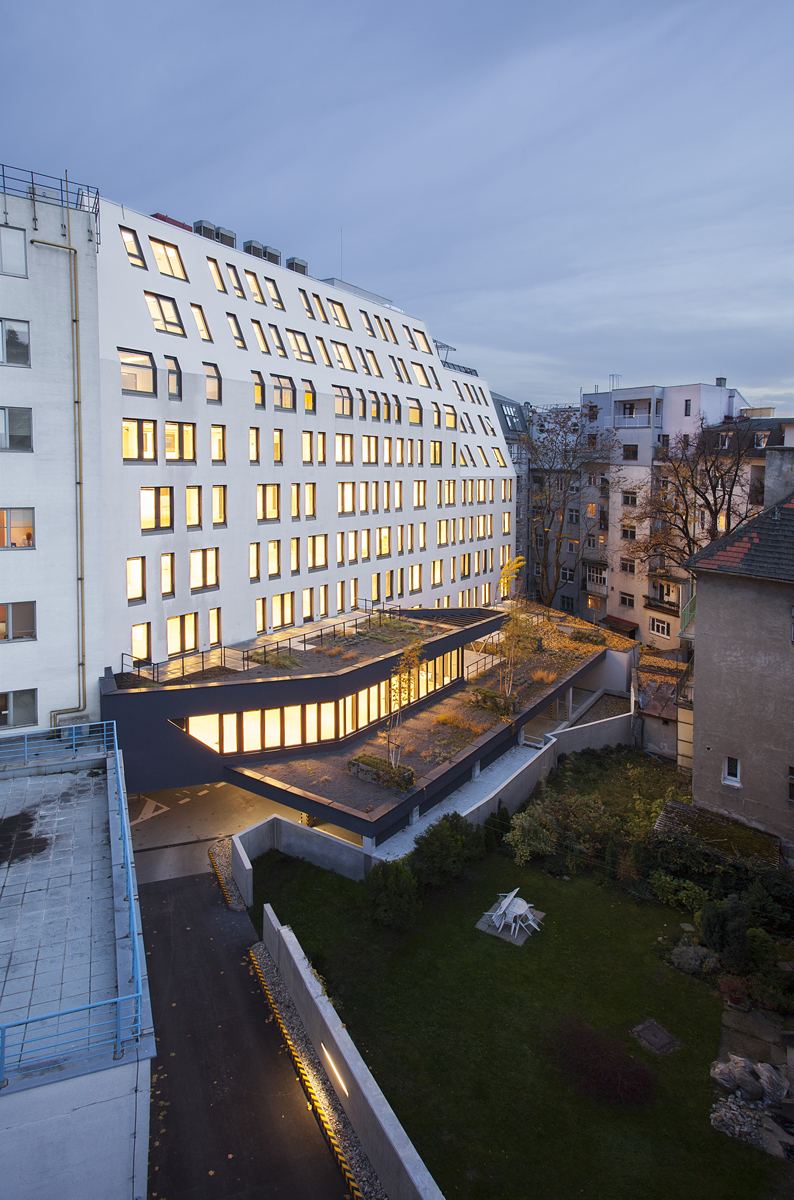 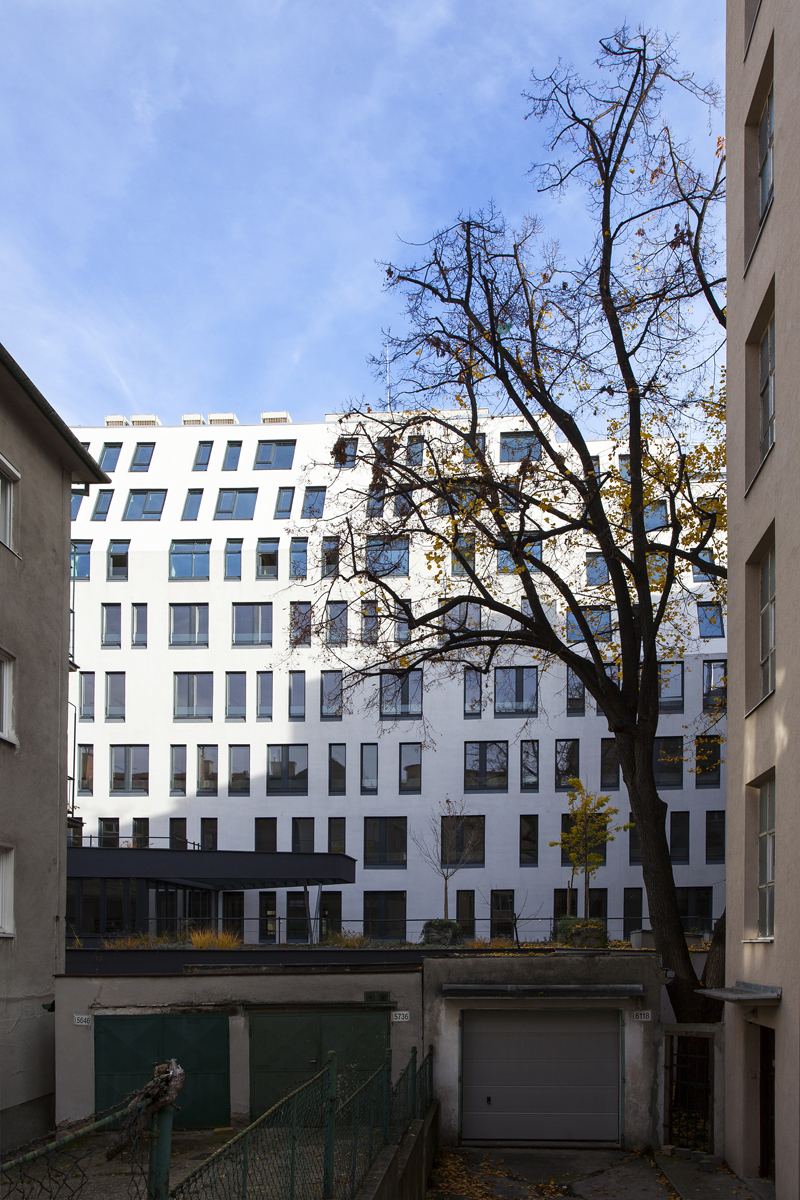 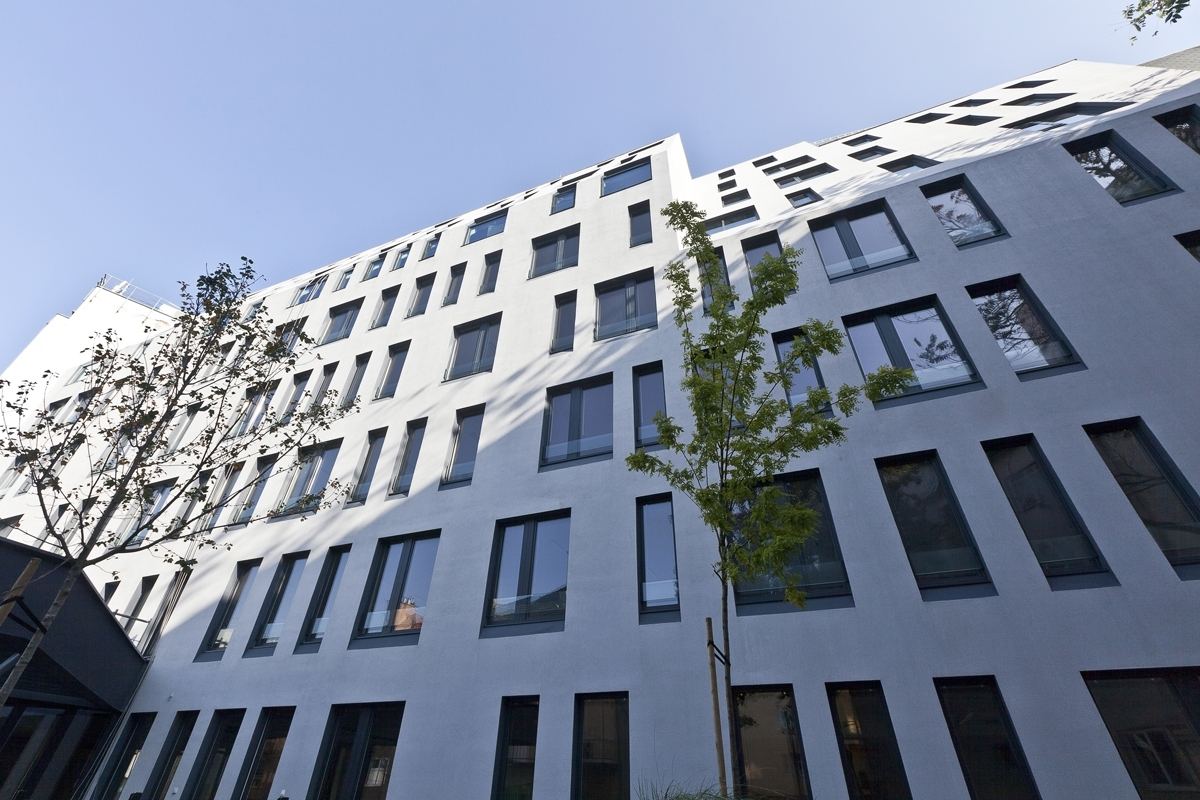 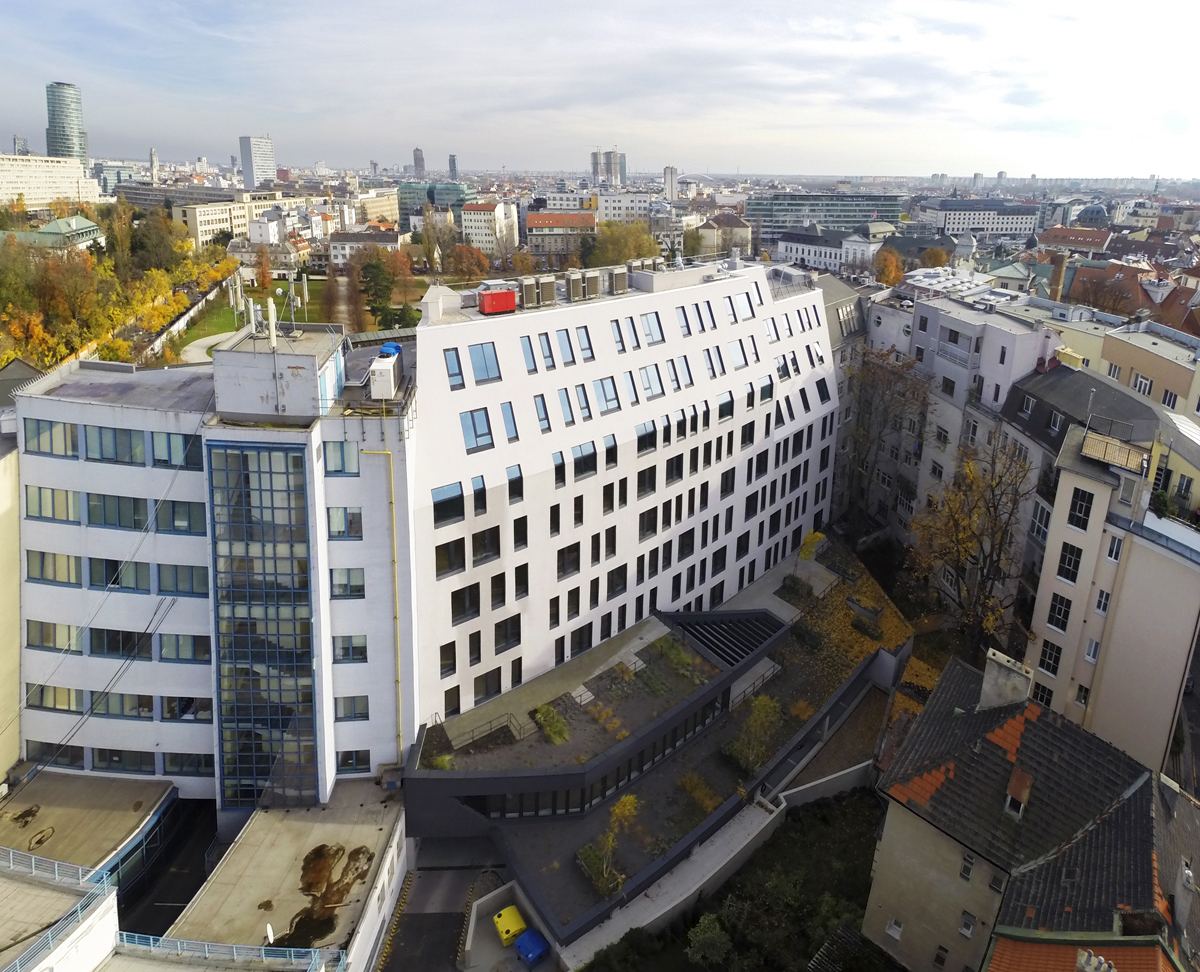 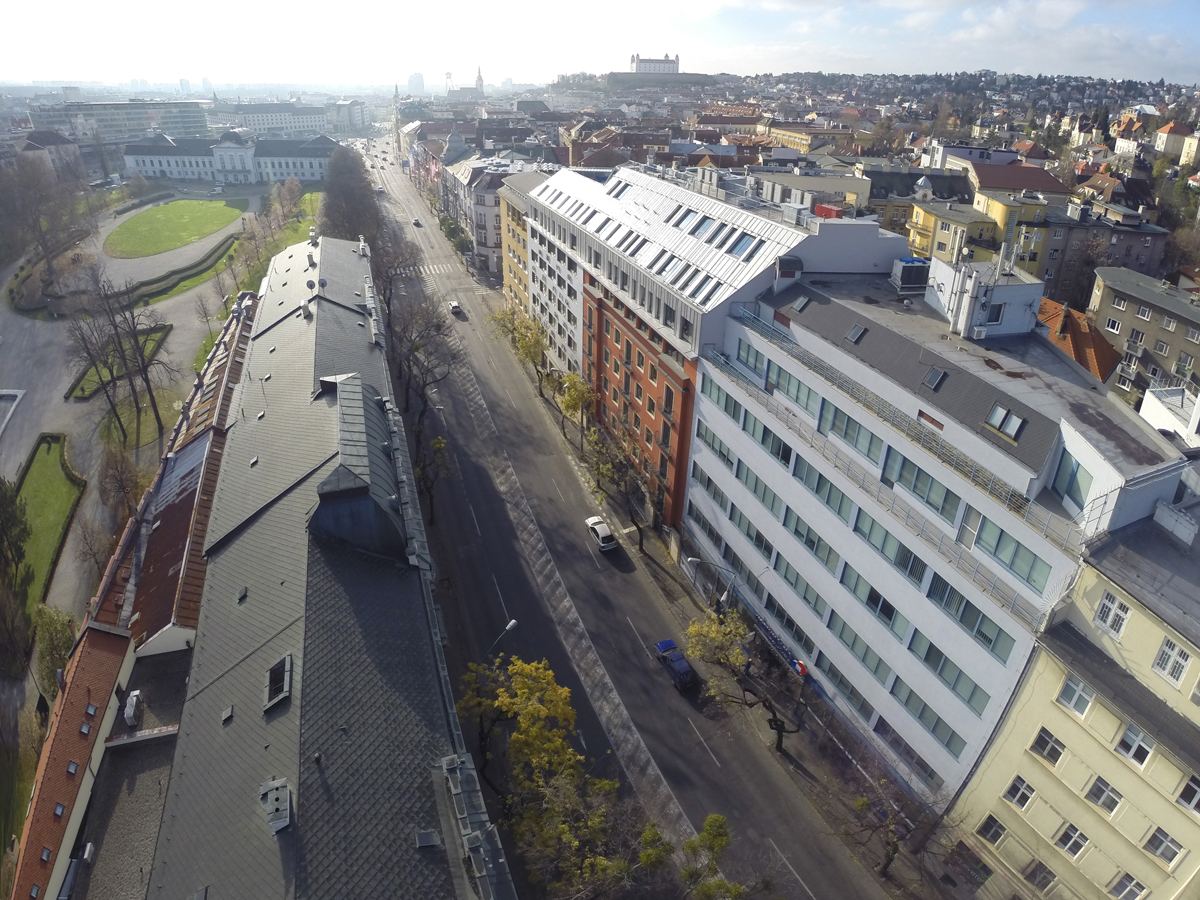 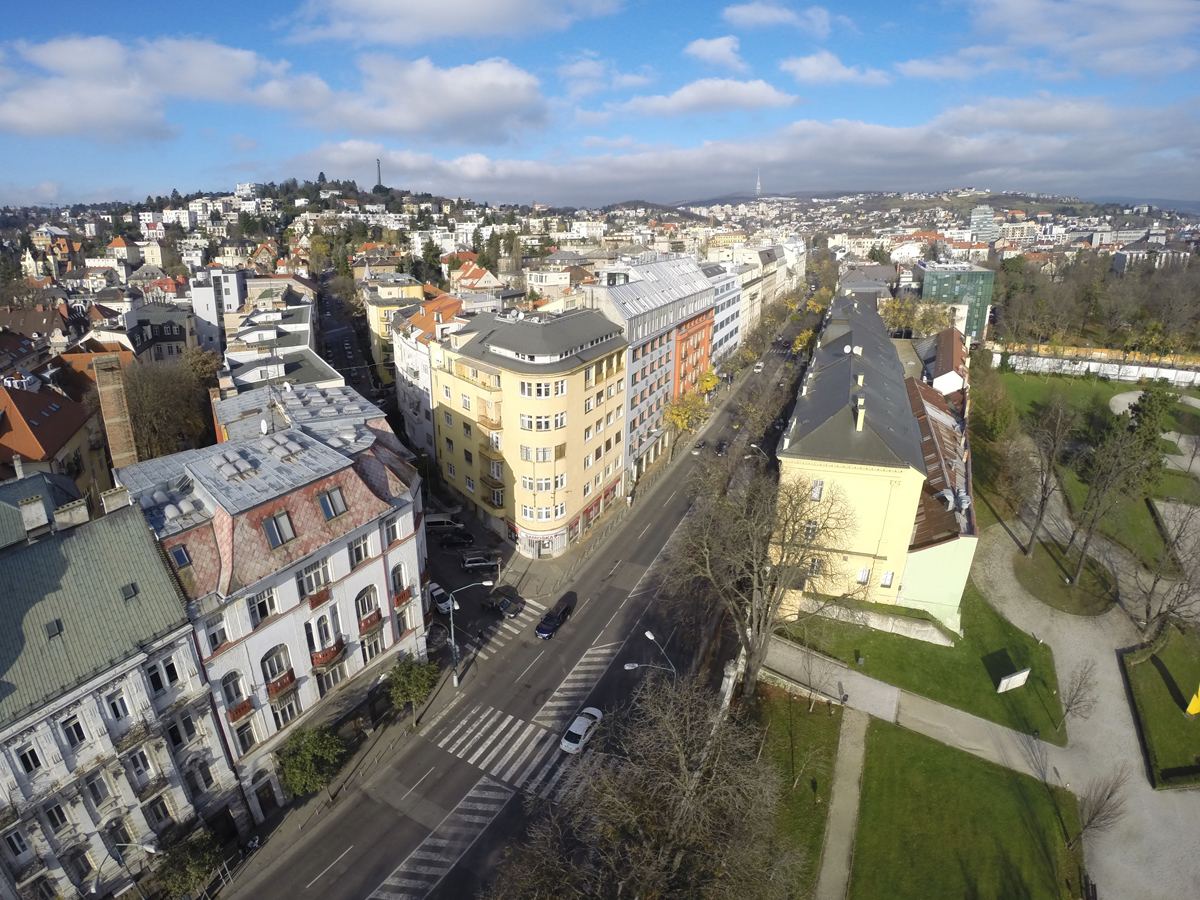 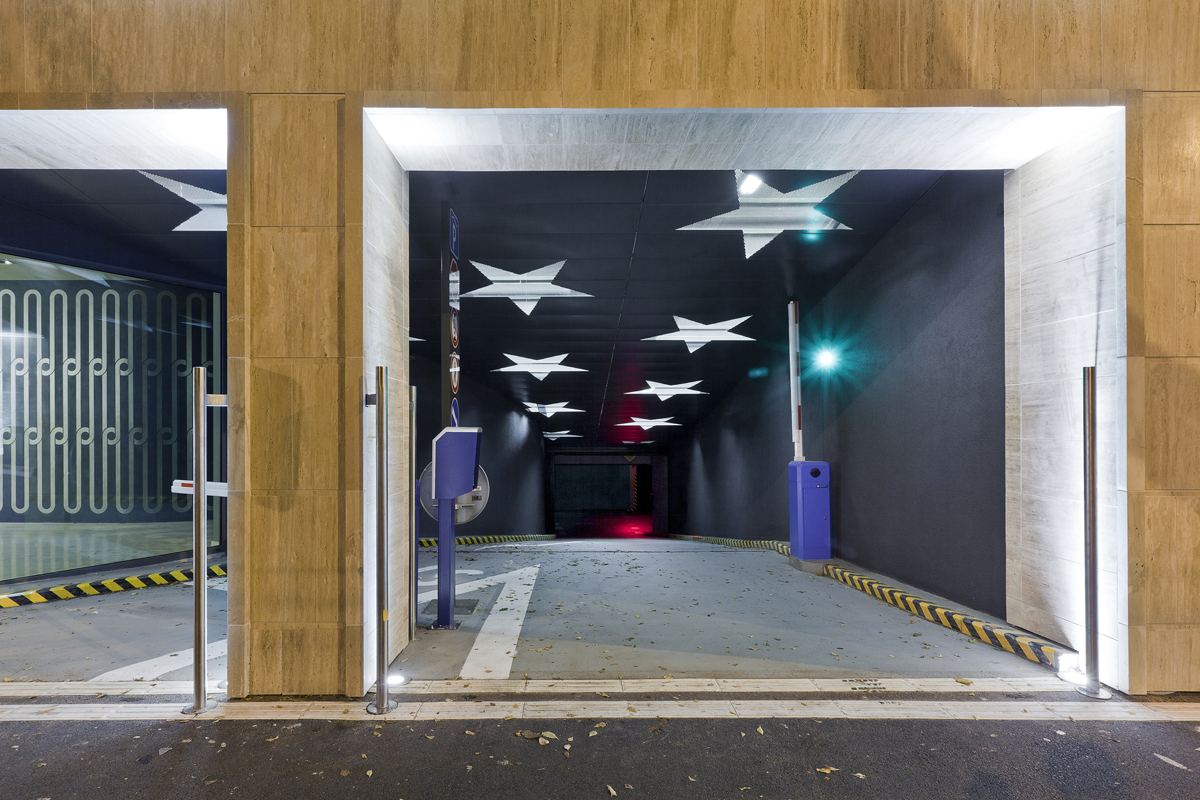 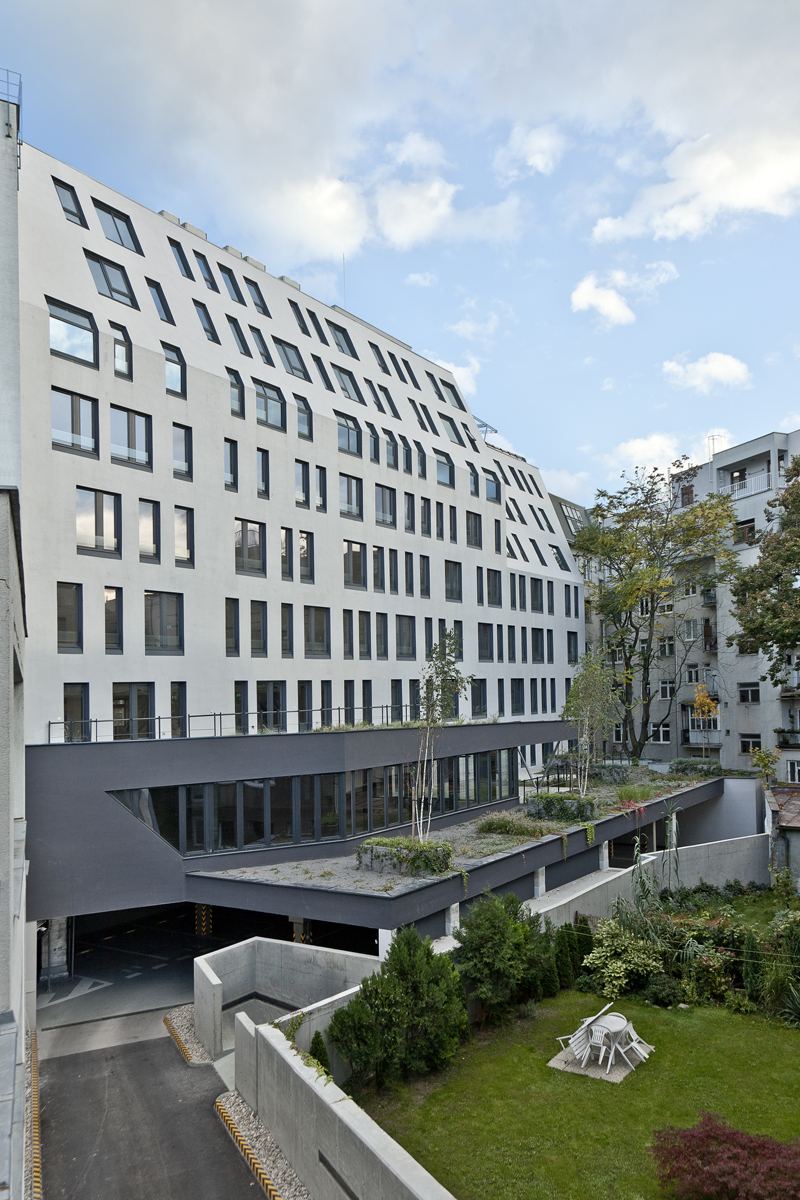 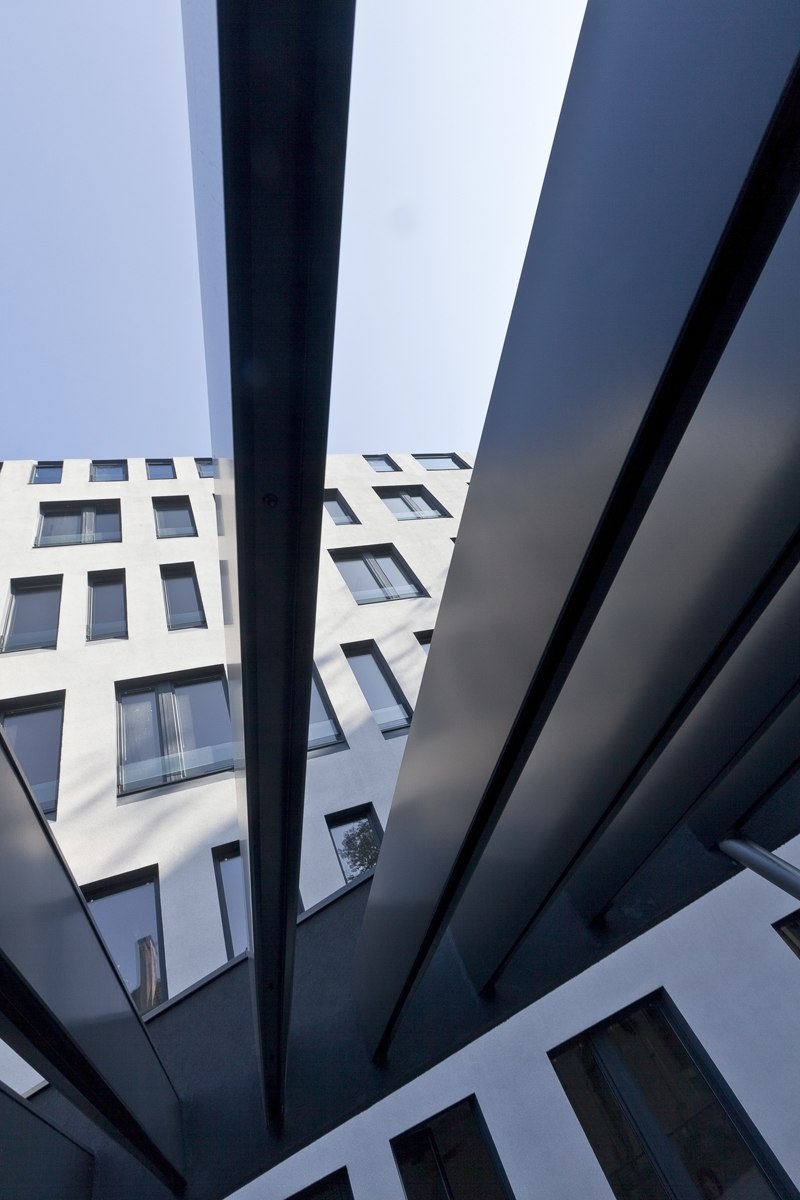 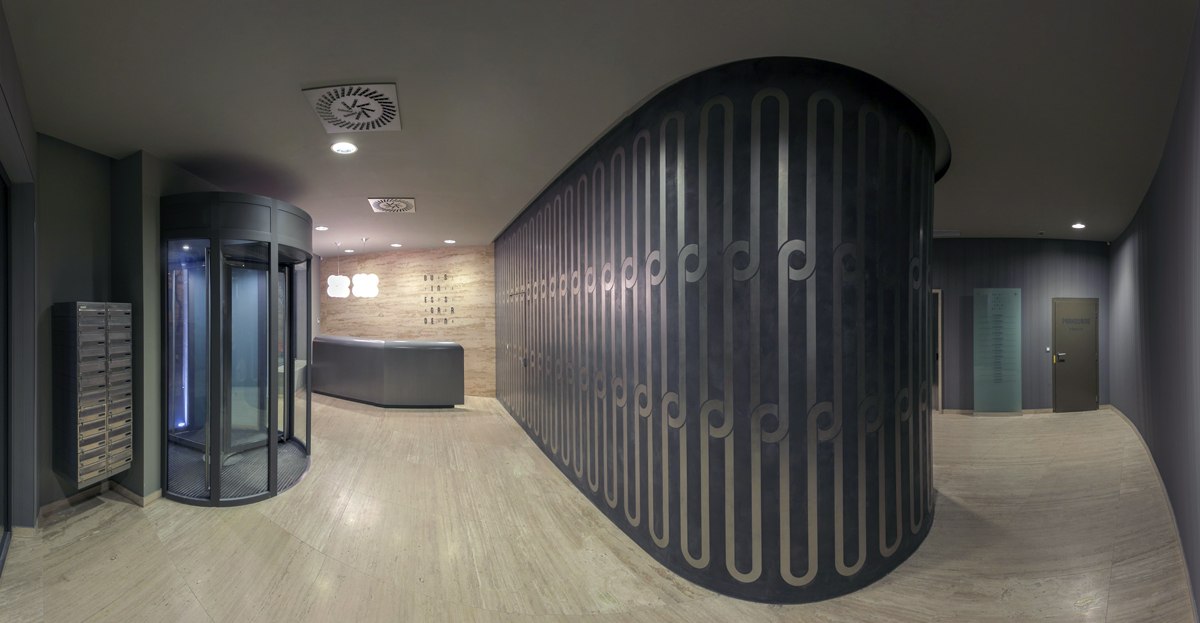 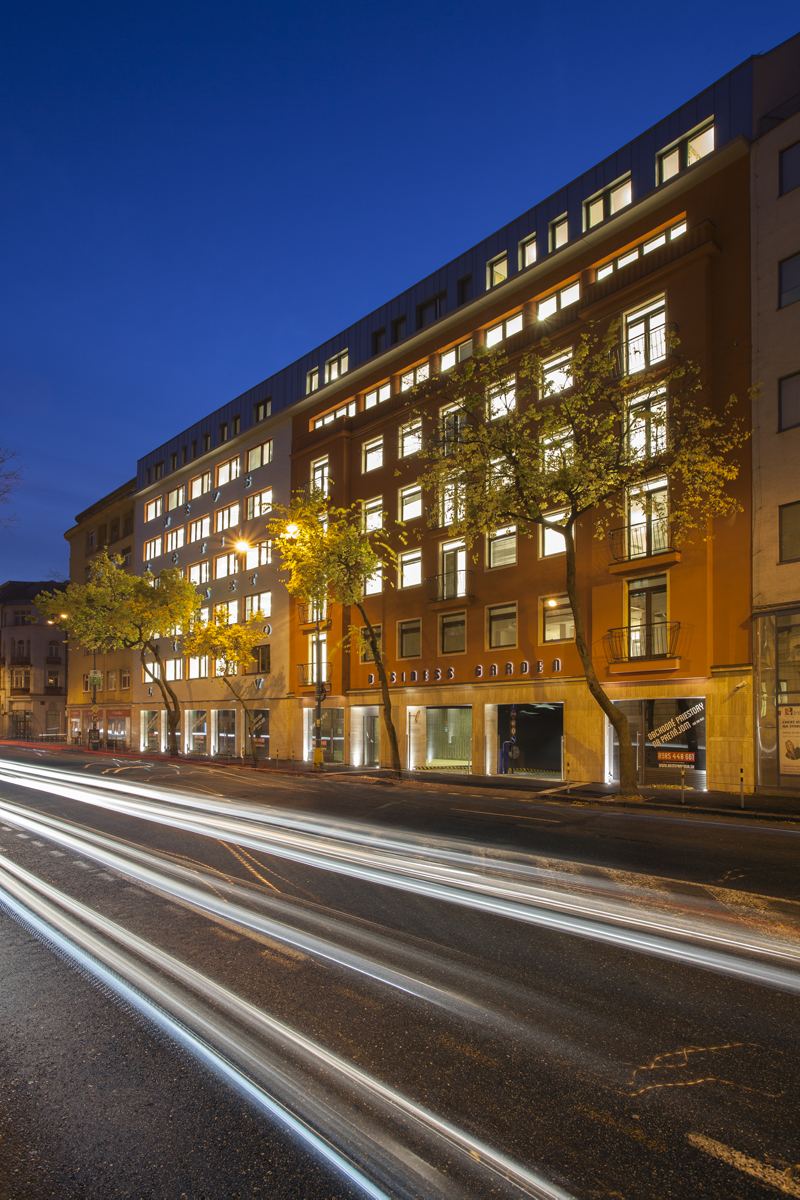 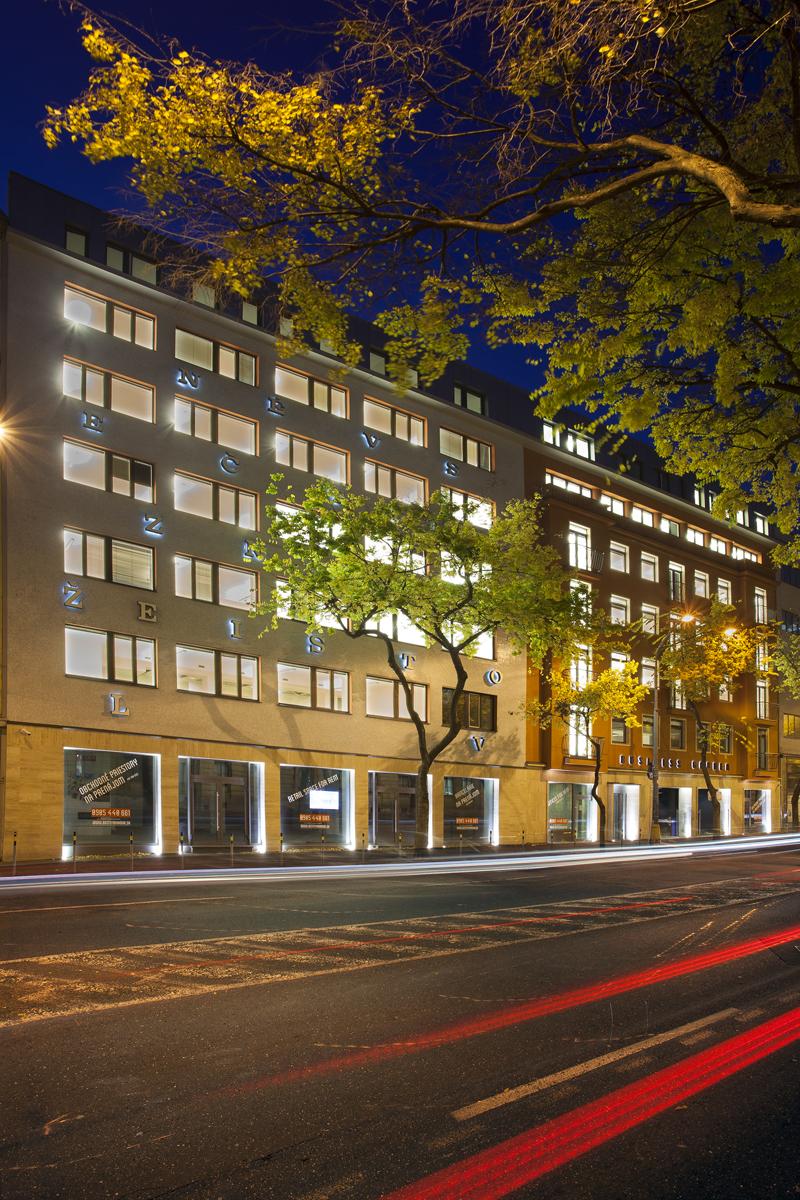 Štefánikova is currently a busy traffic street in the city centre, despite the unfulfilled potential of the city boulevard. The aim of the reconstruction of two original buildings built in the 1950s and 1970s was to create an A-class business centre. The condition was to maintain the historical link of the buildings and to create a living parterre.

The characteristic features of both buildings were their “period” façades, thanks to which they were known as the Railway Construction buildings. The reconstruction included an extension of the building towards the courtyard, where some building finishing was cancelled. In addition to the original single basement, two additional basement parking floors were created. One additional floor was built over the original roof.

Although there was an option to cover the building with a new attractive façade, the idea to preserve and enhance the character of the 1950s became crucial for the project. Characteristic materials such as travertine tiling of the parterre or a mosaic façade were used again on both buildings. From the courtyard section both buildings were united by an austere modern façade allowing interior flexibility. The internal unity of both buildings was strengthened by eliminating the difference between the façade and the roof.